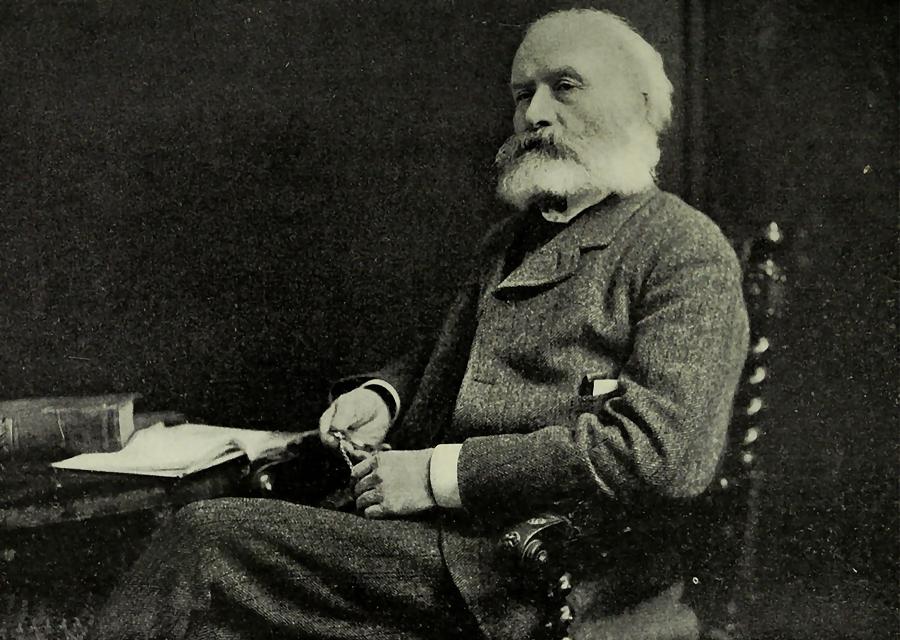 Sandford Fleming’s time in Peterborough wasn’t long but one can’t but imagine that such a time would have a significant impact on forming the man who would become one of Canada’s most creative, and independent thinkers.

Armed with only primary school education, Fleming came to live with his cousin Doctor John Hutchison in 1845, and would soon draw the first Peterborough map. While in Peterborough he met, and married the sheriff’s daughter, Jean Hall. Consequently he had reason to revisit Peterborough on several occasions during his lifetime.

Sandford Fleming’s accomplishments were indeed impressive. He served as Chief Engineer for constructing the CPR. He’s also credited with adopting International Standard Time, the theory developed from his papers on ‘time reckoning’, some of which were composed in Peterborough. Sir Sandford Fleming also designed the first Canadian Postage stamp, ‘The Beaver,’ issued in 1851.