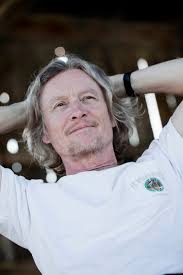 Back in the 1980’s, Robert Winslow began giving voice to the dream of establishing a theatre company that would present original plays dealing with local history, and staged in a barnyard! Needless to say, the original reaction was one of ‘suspended credulity.’

4th Line Theatre has evolved an imposing reality, not only coping with challenges facing an outdoor theatre, but facing the challenges inherent with dramatizing oft times uncomfortable themes: Catholic vs. Protestant, East vs. West, Rural vs. Urban, white vs. native.

And yet, from Day One, 4th Line Theatre has been truly unique and compelling. Whether as producer, director, writer, actor and always as Artistic Director, Robert consistently nailed the essence of drama, and the essence of conflict. Through portrayal of both sides of conflict, we’re afforded an opportunity to better understand our roots, ourselves, and others.

4th Line Theatre is now recognized across Canada, drawing patrons from around the world. Today it ranks as one of Kawarthas’ major tourism draws and has given a remarkable number of aspiring artists a chance to shine, just before sundown.

Sometimes with pathos, often with humour, but always with poignancy, Robert Winslow has held up, for us a rear- view mirror through which audiences can disappear, for a brief moment, into an elusive but welcome past…