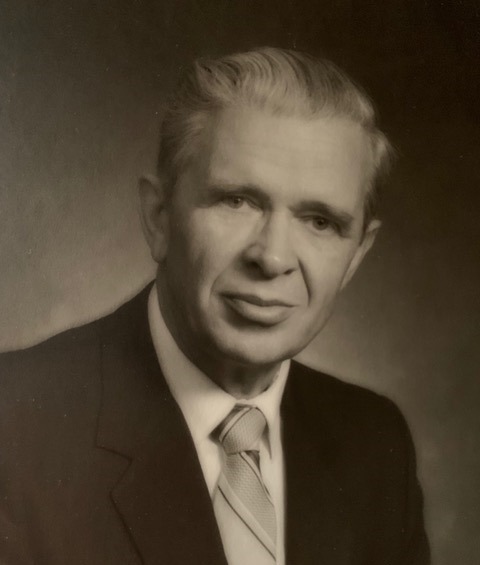 To the great benefit of Peterborough’s musical and sport communities, our inductee moved to the region in 1957 and never left – in so doing, making his home a better place for countless others.

Born and raised in Toronto, Jack Bardeau started work with Bell Canada in 1941 but joined the Royal Canadian Air Force the following year, helping develop the radar network on Canada’s west coast. Post-war, he returned to Bell and made his way to the Peterborough area, living first at a cottage on Pigeon Lake and then, at a home in the city’s north-end in a Veterans Land Act subdivision where he raised his family.

In the early 1960’s, Mr. Bardeau contributed his singing talent to the Liftlock City Chorus, staying with the barbershop-style ensemble for more than 10 years. When the need for a new conductor for the ladies’ chorus arose, Mr. Bardeau took on the challenge and directed the Peterborough Pipers of Harmony.

Jack Bardeau also became quite involved in sport, but not until his mid-50’s. He made up for lost time, however, playing in the Peterborough Recreational Oldtimers Hockey League as well as serving as its president. He organizing the annual Kinsmen Arena tournament for teams from across Ontario, earning tournament ‘Founding Father’ status from the league. In addition to his on-ice pursuits, Mr. Bardeau also played baseball for a number of years.

It was while he was with Bell Canada that Jack Bardeau was awarded the Community Chest Award for Outstanding Citizenship in 1961. He was also a long-serving member of the Telephone Pioneers, a North American organization that supported the needs of the disabled and, in particular, the hearing impaired. Mr. Bardeau served as president of the organization’s local chapter and, upon his retirement from Bell in 1984, he was presented with a Pioneer Life Membership.

When a stroke in 1995 brought an end to his athletic pursuits, Mr. Bardeau was asked, a few years later, to drop the puck at the annual hockey tournament he founded – a gesture that clearly showed the respect he had earned from his teammates.

Jack Bardeau passed on in 2001, but his war service has been immortalized alongside that of so many others on the Veterans Wall of Honour at Confederation Square. Also not forgotten, is his strong sense of community, anchored by his unselfish efforts to make Peterborough a better place, for so many.