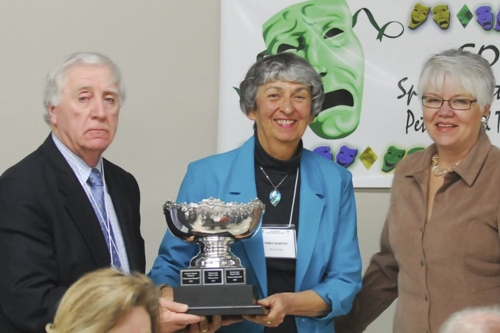 Was it chance they taught at two local high schools? Coincidence they directed plays at each? No matter! Destiny played a part in their eventual union and thereby carried a mutual love of live theatre over their lifetime.

John and Nora Martyn have devoted their lives to various roles, comprising the production of musical and dramatic theatre. Their co-directed productions at Peterborough Theatre Guild have been met with much success.
John and Nora’s strength as directors reflects an ability to make the most out of the time, and resources available. Their direction, as good coaches in sport, is putting together the best team possible, and ensuring specific attention is paid by everyone to the meaning behind the words in the script.

Such investment of time, energy and encouragement combine to create the various nuances of a Martyn stage production.