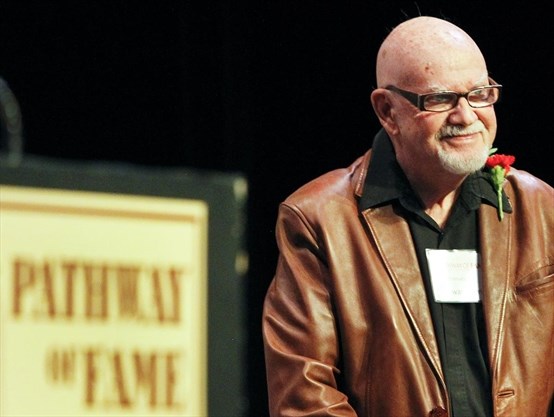 You hear the expression: ‘You can dress him up but you can’t take him anywhere.’ Well, Howard Berry dressed others for decades, with skill and talent that took him everywhere.

With a knack for, and love of fashion from a young age – his father gifted him a manual sewing machine at age five – Howard could never remember a time when he wasn’t creating with fabric and experimenting with varied colour combinations.

Shortly after graduating in 1959 from a private design school in Toronto, Howard opened his own design shop in the big city. A number of different jobs in a variety of fields followed – but Howard’s love of fashion design never waned. Arriving in the Peterborough area in 1977, Howard landed a men’s wear retail job with Eaton’s, which took him back to Toronto. When he returned to Peterborough, he opened Howard Berry Designs in Charlotte Mews.

It was in 1980 that Howard’s long and fruitful association with the Peterborough Theatre Guild began with his design and creation of costumes for ‘A Doll’s House.’ Since that time, he was a constant fixture at the Rogers Street theatre. ‘The Mikado,’ ‘Le Cage Aux Follies’ and ‘Cats’ are just a few of the Peterborough Theatre Guild productions that soared thanks to his abundant talent for design.

However, Mr. Berry was no one-trick pony. In addition to costume design, he donated his time and abilities as a theatre set designer, director, production designer and painter for dozens of plays, musicals and special performances – greatly contributing to not only Peterborough Theatre Guild productions, but also to presentations at Showplace Peterborough.

In 2017, at The Mount Community Centre, ‘Passion For Colour: A Design Retrospective’ saw Howard’s work put on public display – a show that featured many of his most spectacular theatre costumes, as well as his original paintings.