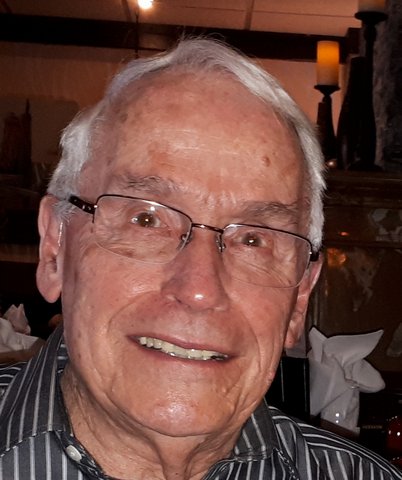 When German philosopher Friedrich Nietzsche told us that without music, life would be a mistake, he foretold what drives Fred Huffman and makes him tick.

Since coming to Peterborough in 1950 to work as an apprentice at General Electric, Fred has made it his mission to bring the joy of music to the lives of as many people as he can. After a work colleague told him about the then-called Peterborough Citizens Band on the day he started at GE, Fred brought his clarinet to rehearsal the very next day, embarking on a musical journey with the Peterborough Concert Band that would last until the early 2000s and see him named a Charter Member of the organization.

Gifted not only with musical talent but also personality in spades, Fred became the face of the band. In 1958, he became its president and, two years later, took on the dual roles of secretary/treasurer and manager and held those positions for close to 40 years.

Serving as a promoter of the band, he liaised on its behalf with numerous entities including the City of Peterborough, the Peterborough Festival of Lights (now Musicfest) and the Canadian Band Festival. Fred’s passion for the band, and his efforts in terms of its promotion, have been key to the continued success of the band which, at 162 years old, is one of the oldest continuously performing bands in Canada.

Fred’s musical acumen has also led him to other opportunities, including musical theatre and his performing with the St. James’ Players on a number of productions including The Sound of Music, Oklahoma and Annie Get Your Gun.

In addition, as a member of the Kawartha Carollers, Fred entertained Christmas shoppers at local malls and, for several years, sang with The Peterborough Singers. To this day, Fred still has a song in his heart that he shares unselfishly as a member of the Mark Street United Church choir.