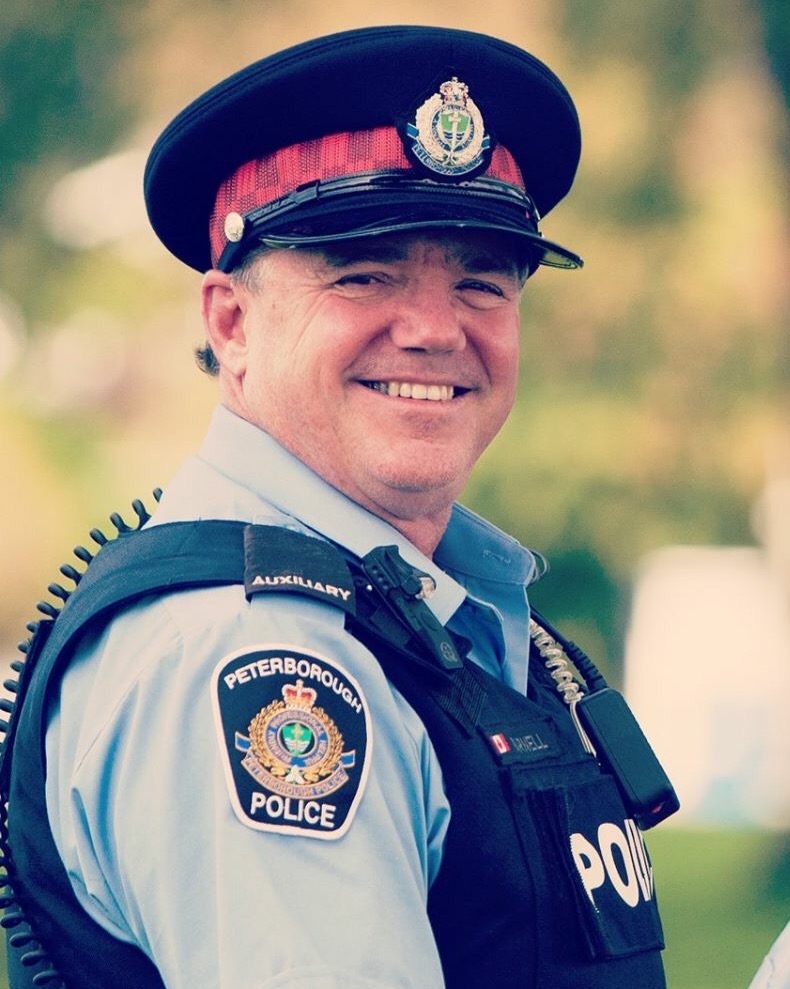 The fact that Peterborough has been, and remains, a relatively safe city to live, work and play can’t be denied. For those who believe that status is simply a matter of good luck, Don Parnell reminds us that rolling up one’s sleeves and getting the job done plays a very important role in our collective well-being.

A proud auxiliary member of the Peterborough Police Service for close to 15 years, Don has volunteered an average of 320 hours annually for a variety of supplemental law enforcement tasks, the past nine years as a lead team member of the service’s Home Guard doing, among other things, inspections of break-ins and incidences of domestic violence as well as assisting with missing person searches, door-to-door canvassing and traffic control.

As a full-time member of the Pedal For Hope support team, Don has gifted his time to the annual police-led fundraiser for pediatric cancer research and support dollars. A Commanding Officer’s Certificate of Appreciation awarded him by the RCMP is a testament to his dedication to Pedal For Hope and its mission. In addition, over the past nine years, Don has assisted in a big way with the annual Law Enforcement Torch Run for Special Olympics, both locally and in other Ontario jurisdictions where he has assisted other police services with the staging of their special events.

A Kenner Hall of Honour inductee – a distinction he shares with his wife Lesley – Don has been a member of the board for the Kenner Foundation since 2009, serving as its chair for past six years. As such he has been very involved in the organization of fundraising events for the foundation.

Since 1989, Don has played a major role in the staging of the annual Victoria Day fireworks presentation over Little Lake as the lead pyrotechnician, has served as coach and trainer for numerous local hockey and soccer teams, and has been involved with the Food For Kids program.

A recipient of the Queen’s Jubilee Medal for Community Betterment, Don has received two City of Peterborough Civic Awards for his long service.