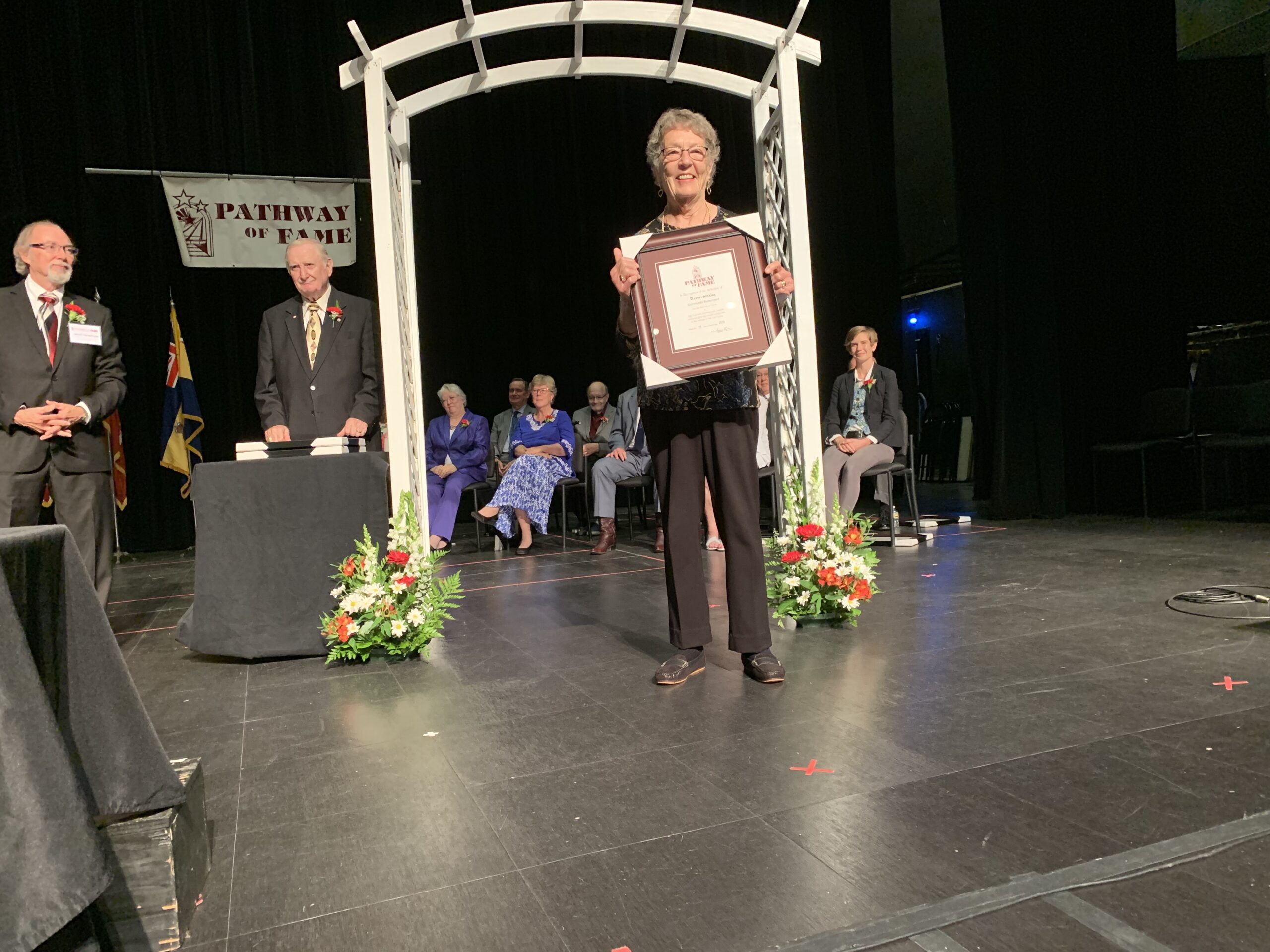 Not unlike most Pathway of Fame inductees, both past and those being honoured today, giving back to the community has been, and remains an integral part of Dawn Straka’s DNA.

A longtime Rotarian, much of Dawn’s good work has been accomplished via the service club that she served as District Governor in 2010-11. That said, Dawn’s insatiable desire to make her home a better place for others has seen her commit to a number of projects and organizations outside of the Rotary realm, including her serving as chair of the annual Peterborough United Way campaign in 2005 as well as chairing the hospital Board.

Dawn helped lay out the glass for the stained glass window at Westdale United Church. She folds boxes for Salvation Army Christmas hampers and serves meals at the One Roof Community Centre, as well as shipping hand- knitted baby cloths, hats and mitts to communities in the Far North, as well as Afghanistan. And Dawn was a member of a support team bringing a Syrian family to Canada. Now settled and doing well, the family has been able to sponsor a set of parents to join them here in Peterborough.

Dawn’s immense giving spirit has extended well beyond Peterborough’s borders as well. Having traveled internationally with both Rotary and Jamaican Self Help, she has put her nursing skills to use in Jamaica, distributed wheel chairs in Central America, immunized children against polio in India and helped rebuild schools in Haiti. As her nominator notes Dawn never stops and Peterborough, as well as several other communities around the globe, are better for her generosity, compassion and work ethis.

To that end, Dawn Straka simply asks what needs to be done, then rolls up her sleeves…