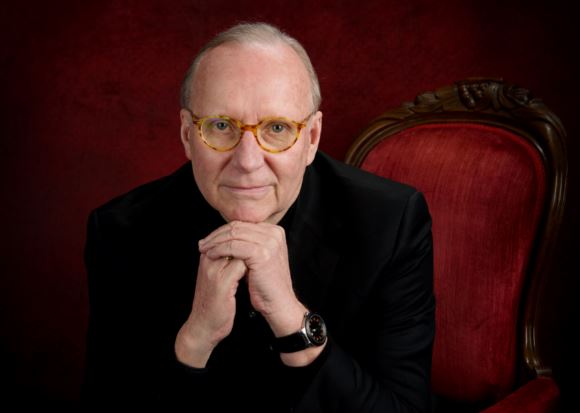 Is there still a place in this world for a renaissance man? There is, and to the immense benefit of Peterborough and the Kawarthas, a renaissance man in every respect has made this place his home.

David Goyette most certainly brings all the characteristics of a renaissance man to the table. He’s highly educated, cultured in the arts and he has charisma in spades. And yes, he’s an intelligent man who is good at many different things, accomplishing much with an ease that belies his boundless energy.

Since moving to the region 13 years ago David has gifted his leadership to several initiatives, as well as contributed financially in a big way to a number of projects and campaigns, including a $50,000 donation made in March 2020 in support of the David Goyette and Victoria Pearce Arts and Wellness Initiative that provides funding for arts-related projects undertaken by United Way member agencies. His philanthropy has also included support of the Showplace Performance Centre in the form of a 10-year funding commitment for the purchase of a state-of-the-art theatrical lighting console. In 2018, Showplace named its stage in his honour.

As a board chair, David’s guidance steered a clear path for the downtown performance venue and, in 2019-20, his term as Chair of the Peterborough and District United Way campaign saw an invigorating vibrancy injected into the annual appeal. As a board member, David has rolled up his sleeves to the benefit of the Canadian Canoe Museum, the Artisan Centre of Peterborough, and the Lakefield Jazz, Art and Craft Festival. David most recently chaired a very successful campaign for the Camp Kawartha Health Centre.

With an eye firmly focused on the nurturing of the local arts scene, David is not one to sit on the sidelines, bringing his talents as an artist and musician to the fore. A songwriter and guitarist, he has three CDs of original music to his credit and, as an abstract expressionist painter, he has mounted no fewer than 20 shows of his work with many of his pieces having found a home in private collections. The former Peterborough Examiner weekly columnist has also authored four books, the sale proceeds from two of his books benefitting Our Space and the Purple Onion Festival.