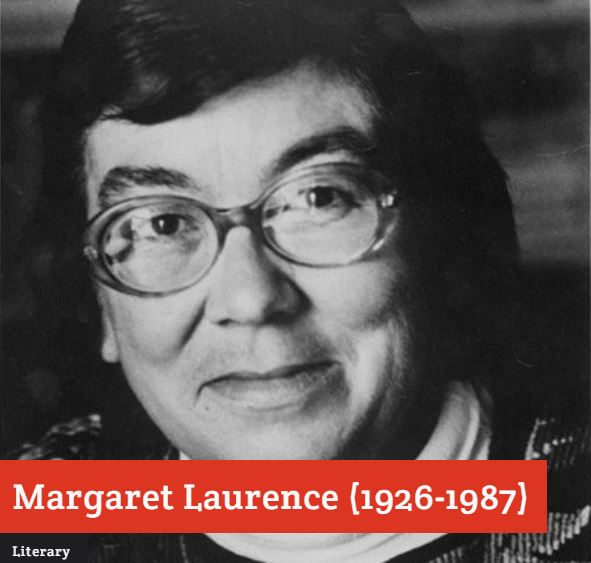 This week, none other than one of our first inductees into the Pathway of Fame during our inaugural year in 1998: author, and Canadian literary icon Margaret Laurence.

A major figure in Canadian literature, Margaret Laurence is admired for brilliant novels such as ‘The Stone Angel,’ ‘The Diviners’ and ‘Jest of God.’ An opportunity to serve as ‘writer in residence’ at Trent University in the mid-seventies led to a love affair with the Kawartha region.

To that end, Ms. Laurence settled in Lakefield, serving as Chancellor of Trent University from 1981 to 1983. Forever embracing the concepts of humanitarianism and self-examination, Margaret’s books have been translated into dozens of languages and remain bestsellers around the world.

In recognition of her immense contribution to nuclear disarmament, as environmentalist, peace activist and an active member of Canadian culture, Margaret Laurence received honourary degrees from no fewer than 12 universities. She was named as a Fellow of The Royal Society of Canada, and made a Companion of the Order of Canada.

DID YOU KNOW: Although somewhat reclusive, Ms. Laurence – for many years – donated a luncheon in her home with the author as part of the annual fundraiser for the Peterborough Symphony Orchestra. The successful bidder was treated to a private meal and a few precious hours with the author, going home with not only memories of an incredible experience but also with autographed copies of two of her books. In 1982, while co-hosting the annual ‘Dream Auction’ broadcast on CHEX 980, future GM of the Peterborough and District Chamber of Commerce Stuart Harrison remarked that he had been speaking with the successful bidder the year prior and was told the time spent with Ms. Laurence was “nothing short of fascinating.”

The Pathway of Fame, Peterborough and District facilitates induction of deserving individuals having made a lasting, positive impact on, or within the community. The not-for-profit, grassroots organization celebrates its 25 anniversary in 2022.