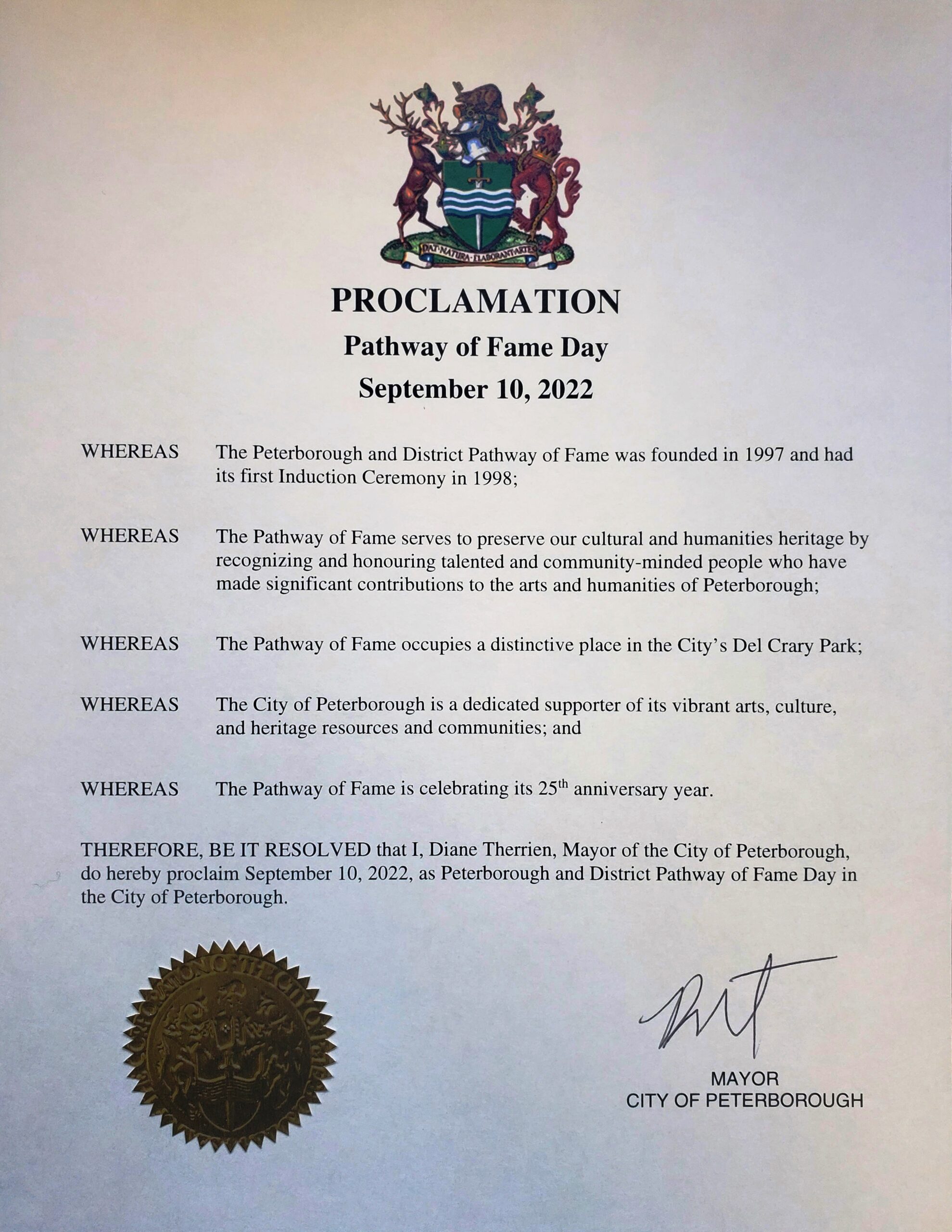 It’s official: September 10th has been proclaimed ‘Pathway of Fame Day’ by both the County, and the City of Peterborough.

The Pathway of Fame, Peterborough and District has for 25 years fostered the recognition, and inductions of deserving individuals who have contributed to the community in the arts and humanities. The very first induction – the Class of 1998 – occurred when the Pathway was already a year old, and had gone through the inaugural process of calling for, and accepting nominations that led to the very first crop of names. And well before that, establishing criteria, protocols and securing a home in Del Crary Park.

And now, we are 25 – with a proud roster of new honourees to be inducted the morning of Saturday, September 10th downstairs during an invitation-only ceremony in the Nexicom Lounge at Showplace, followed by The 25th Anniversary concert that evening in the newly-renovated upstairs theatre, beginning at 7:30pm and featuring Pathway inductees over the years.

Tickets are $25 in keeping with the occasion and are available online at this link: https://tickets.showplace.org/TheatreManager/1/tmEvent/tmEvent474.html

You can also purchase tickets in person, as the box office at Showplace has reopened as of August 29th.

Come celebrate with us!