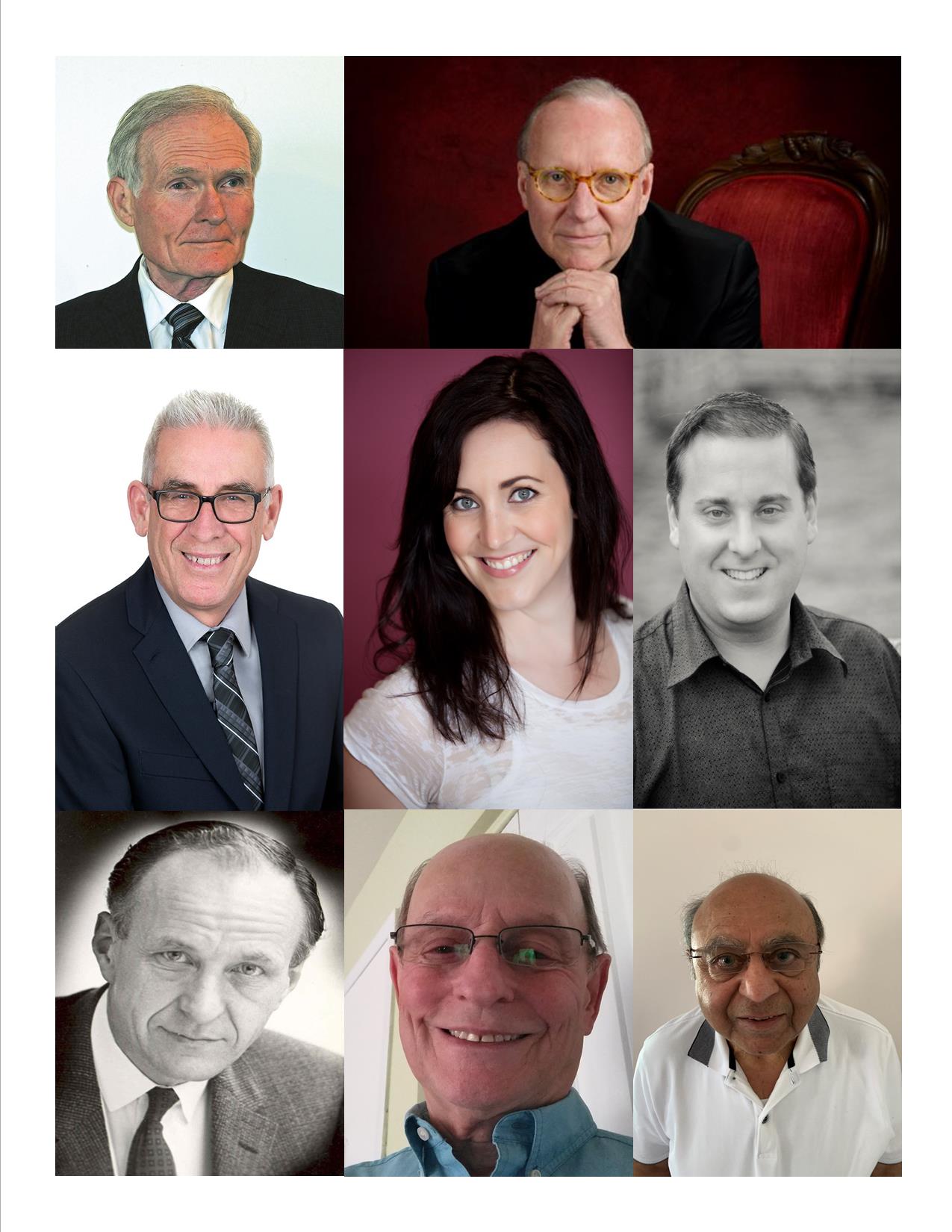 The Third Wave of the pandemic may have been raging, but the Nominations Committee for the Pathway of Fame rallied to the task nonetheless with an armload of ZOOM sessions, masks, Purell and tape measures to arrive at our Class of 2021. In alphabetical order, may we present:

Selflessly donating his time and resources to a variety of community organizations and causes, remains at the heart of David Goyette’s existence. His skills as musician, artist, painter and writer serve to augment a life that has contributed much to the local landscape.

As the decades-long ‘face’ of CHEX Television prior to his retirement, Graham Hart achieved a broadcast legacy in this community without equal. His selfless community service to countless organizations as an active board member, event host and ambassador has brought him countless honours, and accolades.

Brian MacDonald’s unbridled passion for theatre has brought him numerous acting roles and directorial opportunities – but his co-founding and chairmanship of Arts For Awareness has exemplified his belief in the power of The Arts as a vehicle for raising awareness of social issues.

Chemist Ramesh Makhija’s research into environmental challenges has earned him local, as well as national distinction and has led to a number of related initiatives, Peterborough’s blue box collection program among them. But he has always made time, to give back.

As the warm, and inclusive morning voice of 1420 CKPT radio for 20 years, John Mariasine’s stellar broadcast career served as an inroad to his involvement with a variety of local initiatives and causes, together with his unwavering commitment to his audience, and to his community.

Blessed with a spark and quick wit that endears her instantly to others, Megan Murphy’s talents as an actress, filmmaker, musician and radio personality are surpassed only by a giving nature that has benefitted a number of community causes.  Megan joins her late father, Marty Murphy, a lawyer and respected community Samaritan, who was inducted to The Pathway in 2014.

From camping out on the roof of The Brick to raising funds for Habitat For Humanity, helping an adult learner attain reading skills to emceeing a benefit for someone in need, Paul Rellinger’s inability to say ‘No’ guarantees he is rarely seen on the sidelines.

As the founding president of Sir Sandford Fleming College, the late David Sutherland’s nurturing of the College’s connections with the community it serves laid the groundwork for the future, including Fleming’s ongoing association with Trent University.

A total of 22 nominations were considered by the impartial Nominations Committee for this years’ class of Inductees. Now comes the task of readying the engraved markers for the actual pathway located in Del Crary Park, followed by planning for what will likely be a scaled-down, ‘pandemic’ version of our annual ceremony in The Nexicom Lounge at Showplace Performance Center, currently scheduled for September 11th.

Congratulations to our 2021 Inductees!