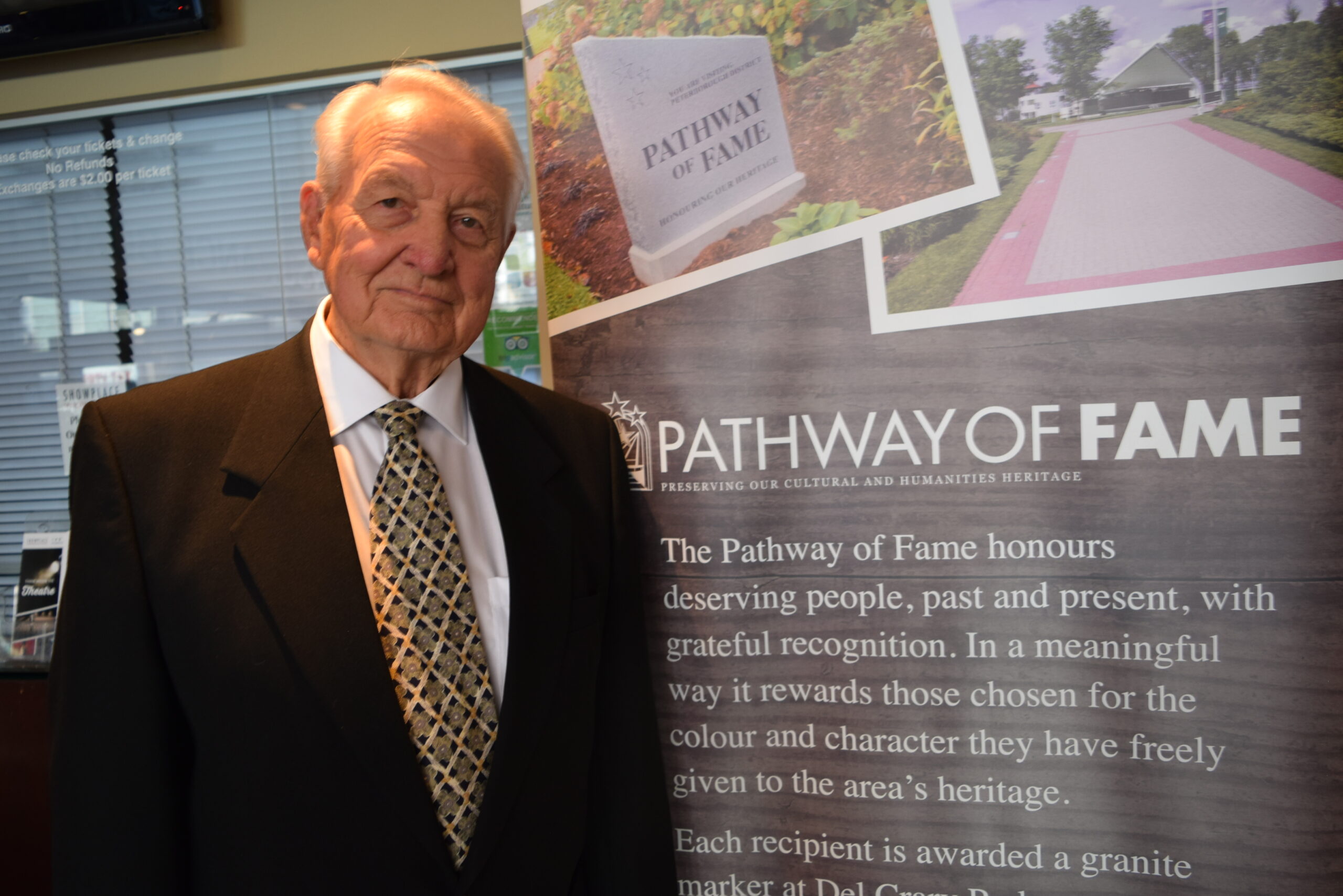 This Pathway inductee possesses one of the most familiar faces in Canadian broadcasting. His career offers proof that to be a trusted and recognized presence in broadcast news for close to 40 years, means he has continuously done the right things well.

Wally Macht began his broadcasting career in Saskatchewan in 1959, soon becoming Western Canada reporter for the CTV Network. In 1968, he moved to Toronto as national reporter and backup anchor to Harvey Kirck. Wally served as CTV’s weekend news anchor for 11 years and, in 1977 was elevated to news anchor for Canada AM.

In 1988, Wally looked north and landed in Peterborough as news anchor and Vice President of Information at CHEX Radio and Television, overseeing major updates in news-gathering, tech and presentation – including overseeing  the installation of a state-of-the-art newsroom.

Now, an integral part of the Peterborough community, he utilizes his broadcast skills to assist several local projects, most notably the Heart Catheter Fund, and the Trent Valley Archives.