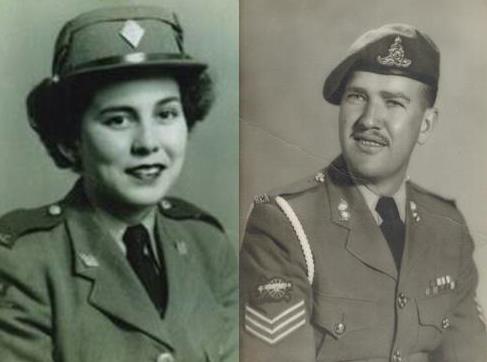 If you look at Pathway of Fame nomination form, the criterion for Community Samaritan category reads, “one who is ready and generous in helping others.” Una and Alan Golding were a pair who readily and generously helped others. As a couple, as well as individually, they were also proof that what is important isn’t the magnitude of the act, it’s the magnitude of the heart behind them.

Una, and her late husband Alan were both veterans of World War II and, for years, were involved, energetic members of The Royal Canadian Legion Branch 52: Una as Branch secretary and Alan as youth education representative. Alan was also active with Smith Township Historical Society and Una, the chief organizer of the immensely popular Seniors Picnic every June at Del Crary Park.

Both were involved in organizing numerous seniors’ luncheons and events. For nearly two decades, they volunteered with Meals On Wheels and gave generously of their time and energy with Peterborough Community Care.

In their unselfish and caring way, Una and Alan Golding have made Peterborough area a better place in which to live. Now a widow, Una continues that proud tradition.