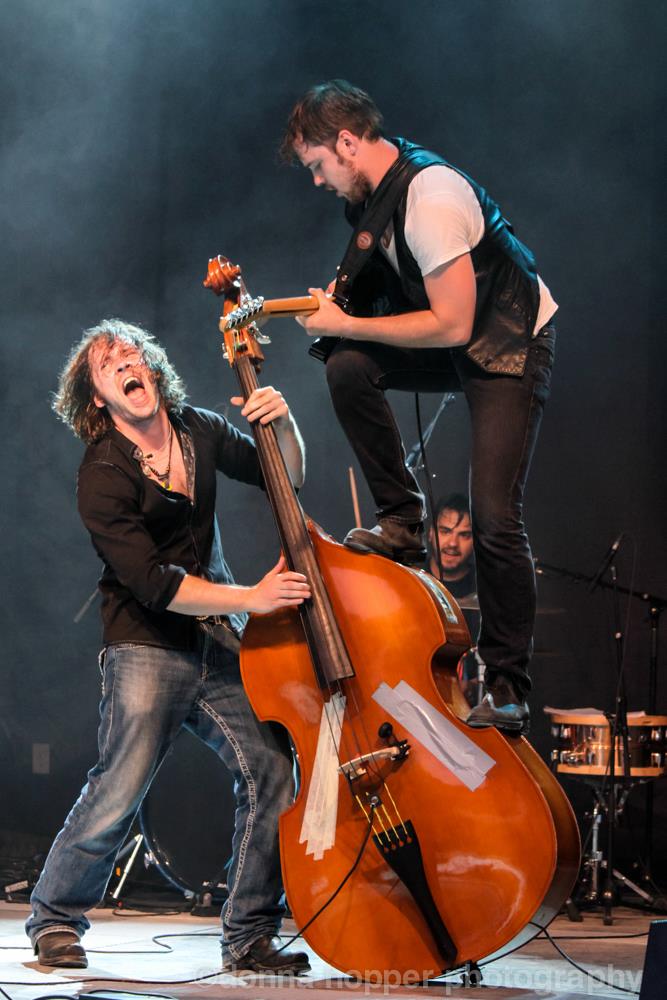 In a city with such a rich musical heritage, it takes exceptional talent and dedication to be mentioned in the same breath as the likes of Bobby Watson, Colleen Peterson or Buzz Thompson.

Ryan, and his brother Sam Weber arrived in Peterborough from their native Maryland in 2000, young and confident. With the goal of meeting the late Ronnie Hawkins, our inductees did just that – undertaking chores at his Stoney Lake property for the privilege of learning all they could absorb about the music business, stage performance and songwriting from the then-living legend. Ryan and Sam proved to be good students, soon striking out on their own as The Weber Brothers, and never looking back.

With 14 studio albums to their credit, their catalogue of original music is staggering – and still growing. They’ve performed on pub and event stages throughout Peterborough and the Kawarthas as well as across Canada, the United States and Europe. In 2016, with filmmaker Rob Viscardis, they released the documentary Before We Arrive: The Story of the Weber Brothers, providing insight into the struggles that professional musicians routinely face.

In 2019, Ryan and Sam Weber launched their own production company as an extension of something they’ve done since day one – showcase, and promote the talents of up-and-coming musicians.

For all their success The Weber Brothers have rarely, if ever said “no” to helping any cause that comes knocking. They have headlined numerous fundraisers and benefits, never once mailing in their performance. When their mentor, Ronnie Hawkins called on them to accompany himself, Kris Kristofferson, Gordon Lightfoot and Willie Nelson on a re-recording of Me And Bobby McGee, our inductees were quick to help the man who helped them, all those years ago.

As was the case for musicians near and distant, the COVID-19 pandemic put a stop to performing live. However, Sam Weber’s vision, Weber Brothers Productions, further evolved during that time in the form of a recording studio, allowing the brothers’ to share their musical knowledge and acumen – again, not unlike Hawkins did for them.

Recognized and respected by their peers, accolades have come their way, including three Wire Awards honouring their contributions to Peterborough’s vibrant live music scene. But at the end of the day, the Maryland natives’ all-in support of their adopted home (the Land of Dreams, about which Ryan Weber often refers), and in particular their fellow musicians – continues to set The Weber Brothers apart.