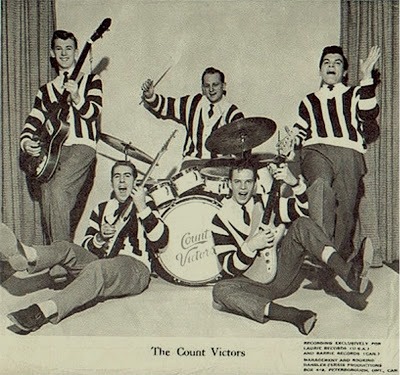 Formed in the late 1950’s, the group was this area’s first nationally recognized rock group.

The Count Victors began as The Teen Lords in 1961 and became the Count Victors when Danny Harrison came on board as lead singer. Danny was backed by Bob Dixon on bass, Freddy Munro on the piano, and Terry Lathangue on drums.

This song was a big local hit in Peterborough, and managed to climb to #33 on the 1050 CHUM charts in Toronto.