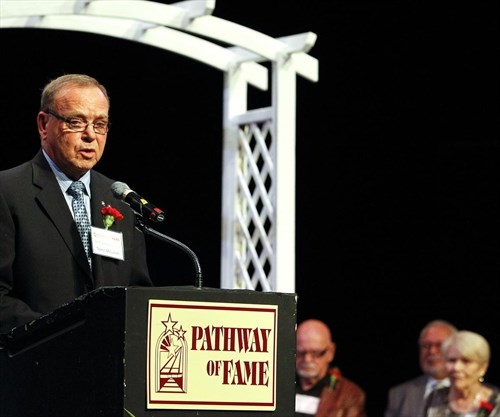 While there are countless examples of people who have made Peterborough their home and quickly made a positive difference in the lives of others, few can hold a candle to the varied contributions made by Terry McLaren.

Arriving in Peterborough in 1995, Terry was appointed deputy chief of what was then the Peterborough-Lakefield Community Police Service before being named Chief of the department two years later. When he retired from that position in the summer of 2008, Terry had completed 37 years in policing – 24 of those years with the Niagara Police Service.

Terry’s service to his new community began in earnest when he became a member of the Kiwanis Club of Peterborough. Serving three terms as president of the service club, he also chaired a number of committees. Terry’s Kiwanis work brought forth a number of honours for him – Kiwanian of the Year in 2011, the Kiwanis Distinguished Service Award in 2012 and, in 2013, the Citizen of the Year Award from the Kiwanis Foundation of Canada and the Kiwanis Life Membership distinction.

Earlier, in 1998 he volunteered for, and was a member of the Ontario Spring Games Committee.

Terry’s community service has been duly recognized. Along with three Community Betterment citations from the City of Peterborough, he was a finalist for the United Way’s Scholfield Award of Distinction; was inducted into the Ontario Special Olympics Hall of Fame; and was invested as a Member of the Order of Merit of Canada of Police Forces in recognition of his community service and leadership.