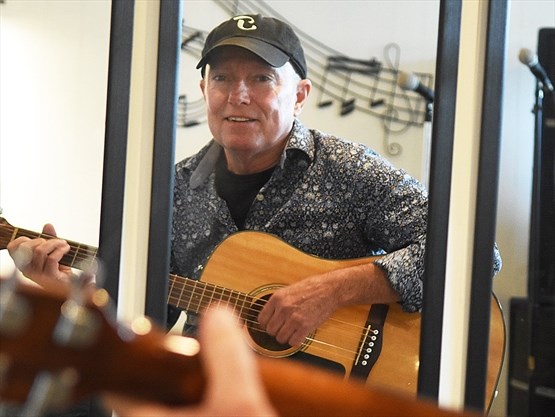 Terry Finn, a native Peterboronian, was a music prodigy, studying piano and organ. By age 15, he played the organ at the Cathedral of St. Peter-in-Chains, and began teaching music with Tommy Barnes’ Continental Academy of Music. Later, he opened his own Finn’s House of Music, where he taught a wide range of musical skills; his students included upcoming stars such as Serena Ryder.

Terry, along with fellow Pathway of Fame inductees Barry Haggarty and Ken Deschamp, formed a band called ‘Parnell,’ which played across Ontario and the Maritimes. During this time the group also released three singles which garnered airtime on Canadian radio. He has played in at least a dozen other bands, recorded with several notable musicians, and performed at nearly every venue in the Peterborough area. His nominator believes his feeling is captured best in the song “Immortality:” “So this is who I am, and this is all I know.”