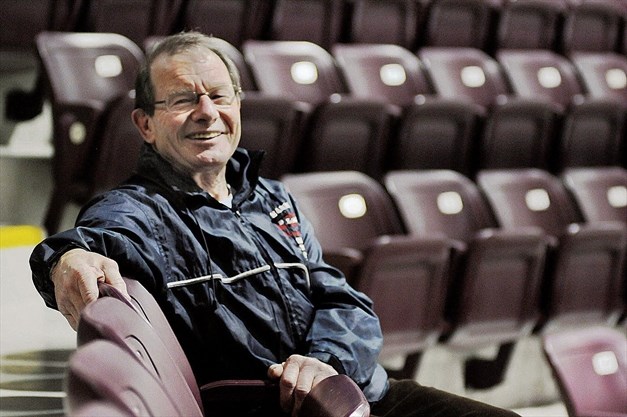 To use a modern expression – Man! Is there a lot to be said in telling factual stories surrounding Ted Higgins!

For example, Ted left school at 15 to work with his father in the hardwood flooring business, which prospers to this day.

However, it’s his contribution to Canada’s national sport, the game of lacrosse, that endears Ted Higgins to this community.

In his youth, he was a player; he was on a team that won Minto Cup. While he was coach and executive member of the Junior A lacrosse club, the Junior Lakers won four Minto Cups. He made Peterborough Lakers Major Series Lacrosse Club into a major force, with a winning team and a strong fan base.

During Ted Higgins’ presidency, the Peterborough Lakers Major Series Lacrosse Club won four Mann Cups. He’s nurtured respect of players, growth of community spirit, and gained personal dedication in bringing it all about, many times, at great cost to himself. Proof positive Ted Higgins’ determination has bettered the entire community in many ways, more than once.