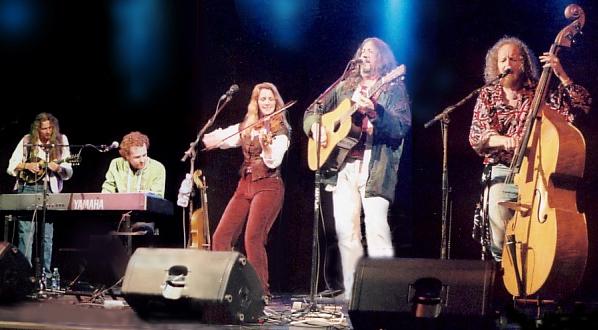 Tanglefoot, a revered folk music group, was one of the great sensations of the mid-1970’s in Peterborough. The group consisted of three elementary school teachers: Tim Rowat, a bilingual Joe Grant and Bob Wagar, who played guitar, fiddle and mandolin and sang tight three-part harmony in period dress. They penned, and presented songs about aspects of Canadian history in a style as if they had found folk songs. The songs dealt with General Brock, the Plains of Abraham, and pioneer life.

They performed in school auditoria across the Province, and their story-telling was punctuated with their music and song. They had a general following because of their appearances at summer events and historic sites – and because they recorded some of their performances for sale.

At one Ottawa festival, the legendary Canadian folksinger, Stan Rogers, opened for Tanglefoot.

The group, with new membership and the continuity of Joe Grant, has toured Canada and lreland. But the music of the 1970’s remains the yardstick for this venturesome group, who most cleverly made history come alive in so many ways.