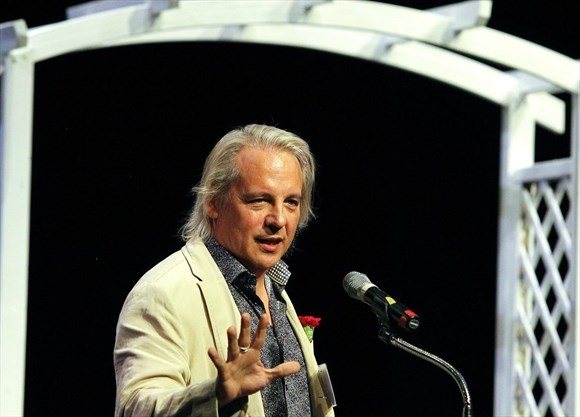 If one were to list the awards and nominations that have been bestowed upon author Drew Hayden Taylor, one would best be advised to set aside a fair amount of time.

Each honour speaks to the acclaim Drew has wholly earned, starting in 1992 with the prestigious Chalmer’s Award for his play Toronto at Dreamer’s Rock to his receiving the Queen Elizabeth Diamond Jubilee Award in 2012. Drew has well earned the acclaim that has come his way, having traveled the globe to speak to issues that reflect, celebrate and, yes, interfere in the lives of Canada’s First Nations people.

Truth be known, labeling the proud Ojibwa from Curve Lake first an author fails to speak to the creative tour de force Drew has been, and continues to be. Add theatre artistic director, playwright, journalist, lecturer, television scriptwriter, radio broadcaster and documentary director to the mix and you get a truer picture of the breadth of his boundless talent and passion.

Equally adept at writing fiction and non-fiction books as well as short stories and plays, Drew has penned 30-plus works. His first novel, The Night Wanderer: A Native Gothic Novel, was published in 2007; in 2010, Motorcycles and Sweetgrass saw him short-listed for the Governor General’s Award for Fiction. Most recently, Take Us To Your Chief And Other Stories – a collection of Native-themed science fiction stories – was published and, just this year, his new play Crees In The Caribbean came to fruition.

Despite the many roads down which his life journey has taken him, Drew has never forgotten his roots.

In 2011, his play Berlin Blues was staged at Millbrook’s 4th Line Theatre. In March, 2018 Cottagers and Indians, Drew’s play about people at odds over the harvesting of wild rice on Pigeon Lake, received rave reviews when it was produced at Toronto’s Tarragon Theatre. And in May of that year Drew hosted, and performed at the Gord Downie and Chanie Wenjack Fund Benefit Concert staged at Peterborough’s Market Hall.

In the television realm, Drew has made equally significant contributions, including co-creating and writing for the comedy series Mixed Blessings. In 2007, ‘In A World Created By A Drunken God’ – a made-for-TV movie he penned based on his play of the same name, was nominated for three Gemini Awards. In 2011 and again the following year, Drew wrote the script for the National Aboriginal Achievement Awards.