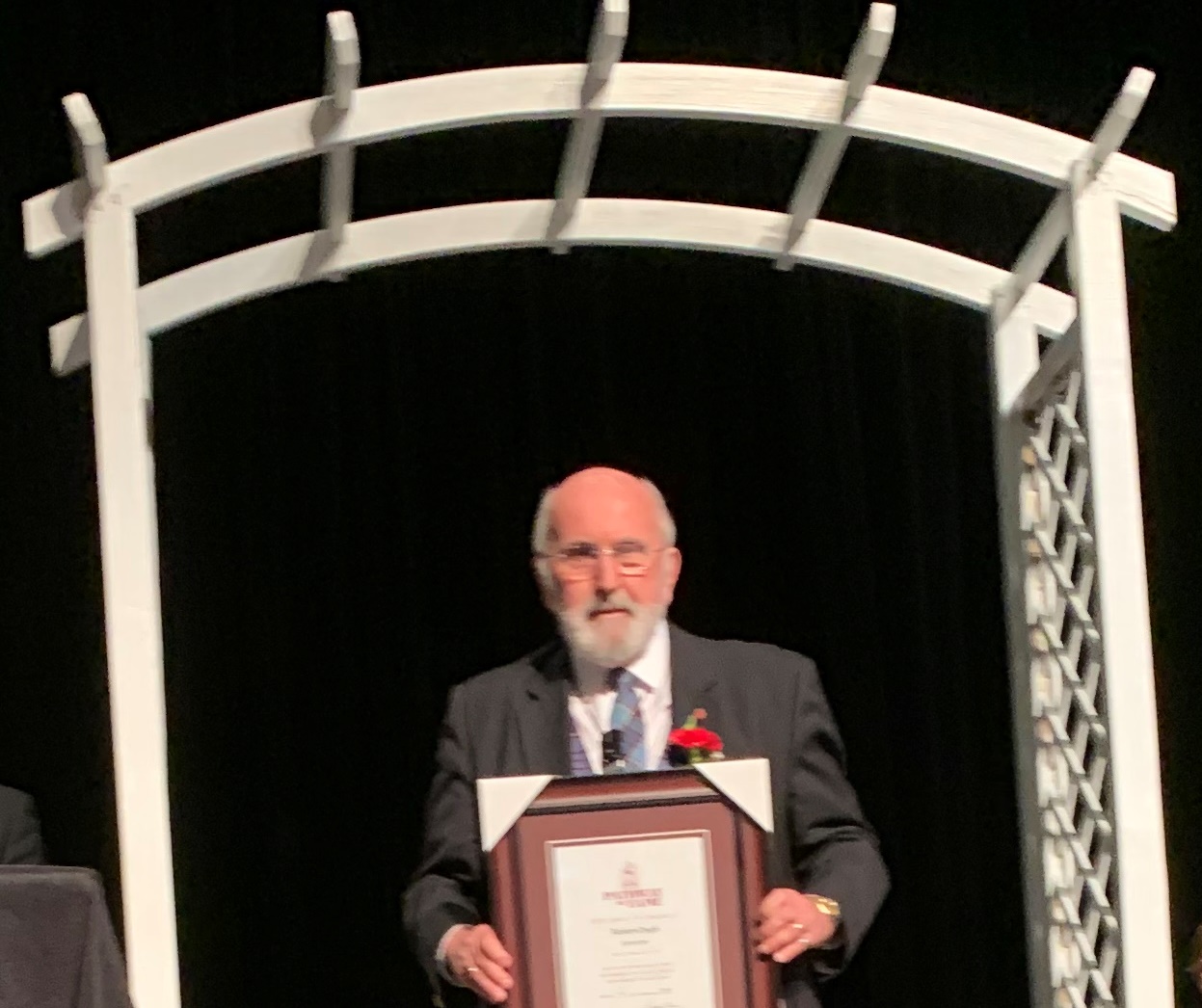 A faithful champion of the Canadian Armed Forces and veterans long after his 1970 retirement from the Royal Canadian Air Force as a Captain, Robert Ough has never stopped serving.

With decades of volunteer service in Peterborough and area – he moved here in 1982 with his wife Margaret – Robert has maintained a leading presence with the Air Force Association, the Royal Canadian Legion, the Royal Canadian Military Institute and the Peterborough United Services Institute. Local events held annually to honour veterans have benefited greatly from his involvement.

After leaving the Armed Forces, Robert spent 47 years in the helicopter industry, earning a life membership in the Helicopter Association of Canada. Still, as successful as he was in business, he never forgot his Military roots.
As a member of the 428 Peterborough Wing Air Force Association, Robert was one of those responsible for the restoration of the 1950 F-86 Sabre jet at Riverside Park in Peterborough. In June 2009, fully restored, the jet was returned to the park – a consecrated memorial to the memory of all airmen from the Peterborough district. While that was a much publicized effort, it is Robert’s unheralded efforts on the part of veterans that sets him apart as he regularly visits with them, advocates on their behalf and drives them to and from events.

Robert’s service extends well beyond the military realm, a prime example being his work with a 12 Step Program as well as his extensive service and contributions as a Mason for more than 50 years.

In 2012, Robert was awarded the Queen Elizabeth Diamond Jubilee Medal for his dedicated service to his peers, his community and Canada as a whole.