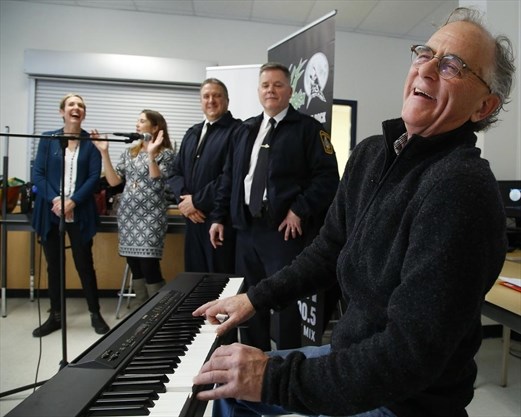 To hear Rob Phillips play the piano is to immediately sense that both, are part of the other!

He began classical studies at the age of 7. However it is safe to say, now decades later, that Rob was born to play, sing and write music. Introduction to boogie-woogie mates Meade Lux Lewis, Pete Johnson and Albert Simmons set a tone for his musical pedigree, and articulates his jazz interpretation even now.

Peterborough and district is fortunate that Rob has so completely involved himself in playing with, and contributing to the sound of bands and individuals here at home. His dedication to playing piano and organ, singing, writing and arranging jazz, blues, rock and pop music – as well as being an accomplished classical pianist – has highlighted the local music scene for decades.

Rob Phillips is engrossed in the musical life of the community – from taking part in Musicfest, to serving as a director of Trent Radio, as well as fashioning and organizing countless benefit concerts.

Although he teaches classical piano and preps jazz students for post-secondary jazz studies at McGill and Humber Colleges, it is his commitment to the hometown music scene that makes Rob such an asset to this community. It’s his professionalism and musical excellence that shines as a respected ambassador for Peterborough wherever he travels, with his work.