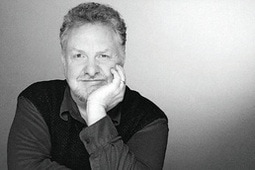 While continuing his work in Toronto, Mr. Read has maintained his to the Peterborough area.  With a world of experience, in 1997 and assisted by backers and new developments such as Showplace, Randy Read founded Peterborough’s New Stages Theatre Company, a local professional company “bringing compelling stories to life on stage.”  New Stages presented works and readings at Showplace and Market Hall Theatre.  In 2010, he played the role of Champlain for Little Lake Cemetery Pageant.

As Artistic Director of New Stages he works to give area residents a rare opportunity to see many of Canada’s top actors and singers perform on stage at Showplace and Market Hall.  Whenever possible, Mr. Read mixes local actors in productions with seasoned professionals.  He’s been a director with the Theatre Guild, and has served as a judge for several events.

Randy Read continues to contribute time and energy to help amateur groups and young thespians.  Peterborough is lucky to have a theatre professional promoting the arts in our city.