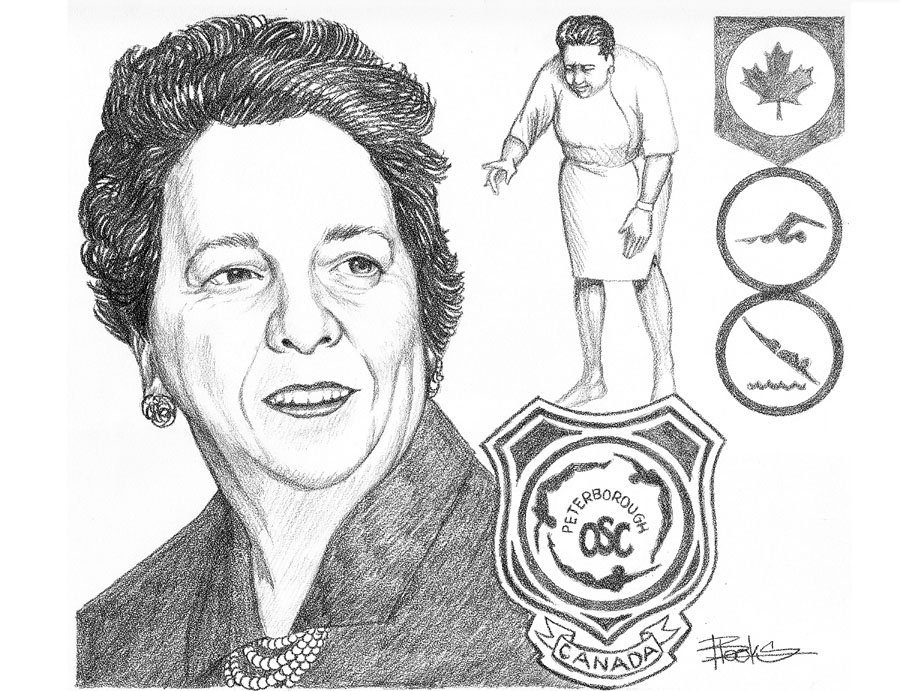 An individual who helped thousands of youngsters, spent a lifetime developing award-winning teams, was on duty at 6:30 in the morning until late at night, and who refused as much as a penny in remuneration.

Such was Peterborough’s Pansy Forbes.

Pansy was a pioneer of synchronized swimming, as sport, in Ontario and in Canada; an involvement encompassing more than 30 years.

Early in her career, she included basic figures and patterns in her instruction, concluding with a display of synchronized swimming. A Peterborough club was formed with Pansy as coach. Her accomplishments included many Canadian and International titles, exhibiting the sport at the 1954 British Empire Games and representing Canada at the 1955 Pan Am Games in Mexico City.

Pansy Forbes received numerous awards, one of which was being named to the Aquatic Hall of Fame in Winnipeg.

Pansy Forbes is in the Peterborough Sports Hall of Fame.