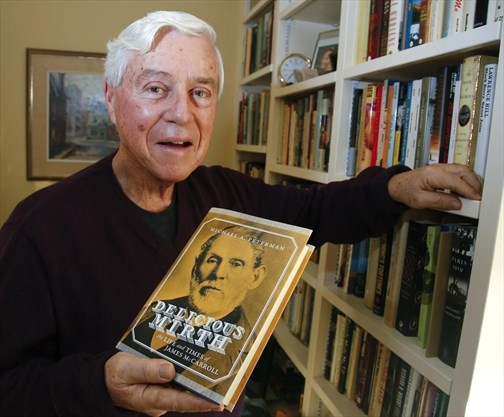 Michael A. Peterman, Professor Emeritus of English Literature, Trent University, is named in 2006 as Fellow of the Royal Society of Canada.  It’s peer recognition of his exceptional research accomplishments.

Working with various colleagues he researched archival records and original writings of several writers with links to the Peterborough area bringing them, and their work, to life in no fewer than 13 books, 100+ articles and countless speeches and papers. He’s a leading authority on Willa Cather, Susanna Moodie, Catharine Parr Traill, Robertson Davies, James McCarroll and Isabella Valancy Crawford.  Thanks to his efforts, their works are now studied at schools and universities here, and abroad.

At Trent, he taught its most popular courses in American and Canadian Literature.  With the Peterborough Historical Society, Michael Peterman – a past president – chaired its Publications Committee for more than 20 years and actively supported the Hutchison House Museum.

Michael Peterman is singularly successful in diligently researching, and imaginatively reconstructing the lives and times of writers he admires.  He also generously shares what he learns.