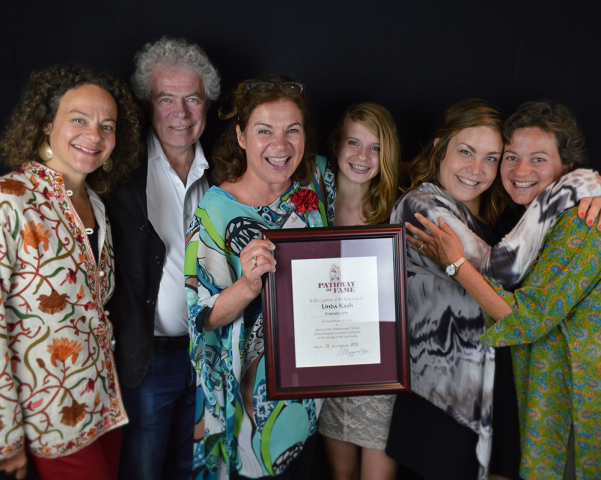 With a significant international artistic career in her wake, since relocating to Peterborough Linda Kash has lent her considerable talents to the many, and varied entertainment and theatrical aspects of this community.

Previous to her local involvement, she boasts an impressive resume which includes Second City appearances, and a number of plays for the Canadian stage. A busy actor, Linda has appeared on everything from Seinfeld, Best of Show, Waiting for Guffman and more recently, the series Fargo. Movies include Cinderella Man, and the made-for-TV movie ‘Titanic’ produced in commemoration with the 100th anniversary of the Titanic sinking, and cast as the ‘Unsinkable Molly Brown.’

If there were any doubt about her pedigree of performance, it should be noted that Linda and her four siblings were born to beloved Canadian operatic contralto Maureen Forrester, and Toronto-based violinist and conductor Eugene Kash.

However, in all likelihood her best-known role was her portrayal of the Philadelphia Creme Cheese Angel on television that took on iconic status for years.

It is for her vitality and creativity while contributing to such projects such as the Festival of Trees, appearances in New Stages productions, improv nights at the Gordon Best Theatre, directing Beau Dixon’s “Beneath Springhill: the Maurice Ruddick Story” for black history month, and host for countless charitable events to assist with fundraising in the community which has earned the respect and admiration of Peterborough audiences.

As director of the Peterborough Academy of Performing Arts (PAPA) as well as the mentoring of people of all ages with an interest in dramatic arts, have combined to place Linda front and centre in the theatrical life of the community.

Linda Kash certainly raises the bar for all theatrical artists in Peterborough and district. And it is for her genuine caring and willingness to share her tremendous talent, that she is welcomed into the Pathway of Fame.