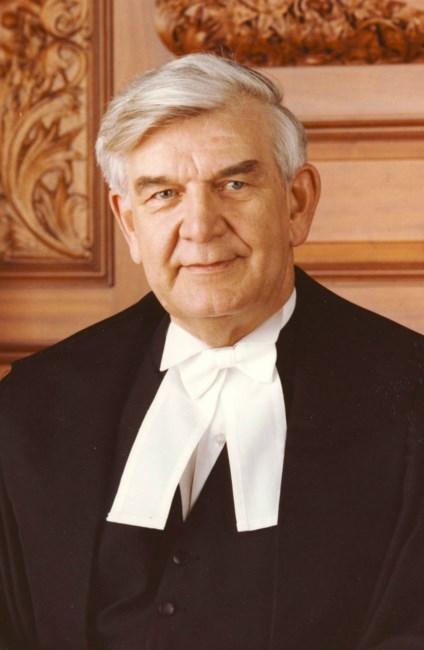 John Turner’s life was one of complete commitment to the betterment of his community and indeed, of the world in which he lived. His existence can be summed up thus: he was citizen, family man, volunteer, World War Two veteran, business person, public servant – all the while conducting himself as a caring, concerned and true gentleman.

He dedicated himself to public life in an attempt to make his community, his Province and thereby our world a better place in which to live. His giving of himself to community betterment groups was legion, leading to City Council and a lengthy term at Queen’s Park as Member of Provincial Parliament for the Peterborough riding from 1971 through 1987.

To meet John Turner, it took very little time to assess his sincerity, and his caring for your cause (if you were furthering one) no matter what your political stripe.

A poignant paragraph in the Pathway of Fame nomination so aptly captures the essence of the man:

“John’s motto in life was to respect our freedom, learn from our elders and give back to Peterborough, to Ontario and to Canada in the form of volunteering as a personal thank-you for all we enjoy. This is how he raised his family, this was how he communicated to friends and associates, this was how he lived his life.”

On March 31st, 2014 Jeff Leal, then the Peterborough MPP and Minister of Rural Affairs announced that 55 kilometres of Highway 115 from Peterborough to the 401 MacDonald-Cartier Freeway, would be dedicated as the ‘John M. Turner Memorial Highway’ in honour of Turner’s pubic service.

Turner was a member of St. Paul’s Presbyterian Church, and a member of the Peterborough Rotary Club.