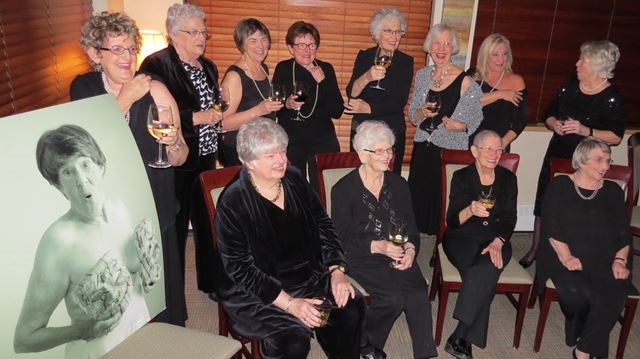 For many years, Gwen Brown was a major contributor to the growth and vitality of live theatre in Peterborough. She was involved in forming the Peterborough Theatre Guild, which came about as an amalgamation of several theatre groups, including St. John’s Players, with whom Gwen had been previously involved.

In 1964, Gwen directed ‘Ah! Wilderness,’ the first production of a newly-formed Guild. Since that beginning, she performed as director or actor in dozens of Guild productions. As well, she worked with Arbor Theatre, a professional company that ran for many years. Along the way, her teaching skills and creative enthusiasms have been an inspiration for countless theatre devotees.

Gwen Brown passed away in 2013, in her 92nd year. More than a year after her passing, Gwen’s fellow models from the famed 2004 Flood Relief Calendar gathered to commemorate the 10th anniversary of the flood, and the tremendous community strength, determination and generosity that helped a community both weather the storm, and champion a comeback. Gwen Brown, on display in glorious black and white, was there in spirit…