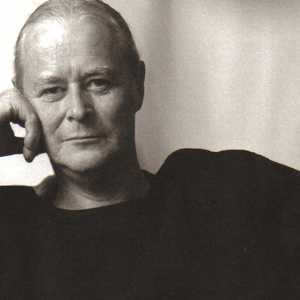 For many artists, the creative process is a lifelong journey; you start early and finish late. With the body of work he’s produced so far, it’s the hope of many Donald Frost is only at the mere midway point in his journey.

His ability to impress did indeed, start early. While still a youngster, Donald created one of Peterborough’s most recognizable landmarks. Using his parents’ backyard as a first studio, he created the ‘Dancing Figures’ that are synonymous with Peterborough Square. Since their ‘arrival’ at the Square, the figures have frequently been used in marketing, and advertising projects. A credit to Donald’s artistic vision, the creation melds theme, idea and physical reality. The lines are simple, yet evoke energy and spirit. It’s a constant dream of an artist to accomplish this, but it so rarely happens.

The same can be said of his work for Quaker Oats and other creations lovingly brought to life in his Lakefield studio. Those creations have found homes in private, and public collections around North America. The artist’s propensity to share his dream and craft has led to an enthusiastic teaching career, particularly at Kenner Collegiate and Grove School, plus a series of lessons and workshops at his studio.

To instill with life an idea, a dream and a meaning is the essence of an artistic life. To communicate a sense of energy and human vitality through inanimate materials is the true mark of genius, and the hallmark of Donald Frost’s visual artistry.