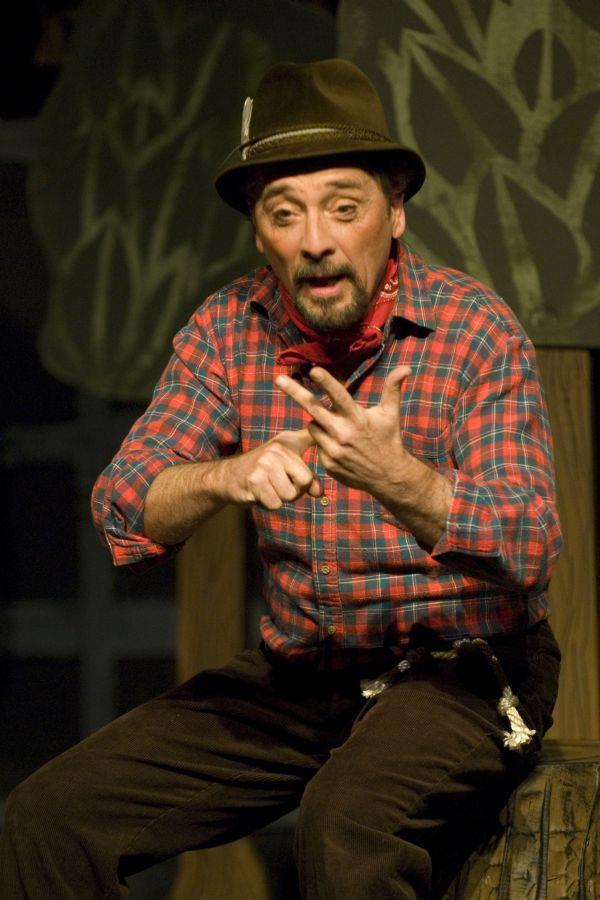 Chuck Vollmar’s contribution to local theatre in general, and the Peterborough dramatic arts scene in particular is immeasurable.

Over the years he has won Best Actor awards, and has had leading roles in productions that have traveled to festivals as distant as Asia, Aruba, Venezeula and Newfoundland. “Hedges” in which Chuck played one of the lead roles toured to Japan representing Canada in an International Theatre festival.

Chuck Vollmar is also a talented cartoonist and graphic designer, who designed and created the artwork for hundreds of promotional posters and program covers for the Peterborough Theatre Guild. It seems he has always been involved in some way in all aspects of the Peterborough theatre scene. Working with young people in developing their acting abilities is another area of theatre in which Chuck revels. In the 1990’s he founded Peterborough Improv Group (PIG for short), a troupe of improv actors who appeared at local venues and performed murder mysteries at private functions.

Chuck is known to possess a lightning wit which makes him in demand as emcee at local events – and he has also rescued the odd theatre production when lines where missed or flubbed. His play “Kawartha Love Letters” was well- received at the Theatre Guild. Later, he wrote “Fishing Buddies” which sold out during its run at Showplace and subsequently, when staged again a few years later at the Guild.

To say that Chuck Vollmar is totally immersed in all areas of the local theatre scene would be (as the old saying goes) putting it mildly.

Chuck has won the Peterborough Civic Award twice for his dedication to the Arts, and in 2016 was recipient of an Ontario Volunteer Service Award for over 30 years with the Peterborough Theatre Guild. There should be no doubt that Chuck Vollmar is without question one of the most selfless, proficient theatrical talents in Peterborough, and area.