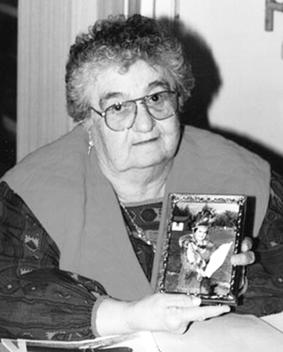 To be unconventional in a culture that reveres tradition isn’t always an easy path. Sometimes however, an unconventional approach is what’s needed to support and nurture that tradition-based culture. It takes a rare person to do this, and Chief Elsie Knott is exactly that; a truly rare person.

It’s often said, for Elsie, all Curve Lake Band members are her children – and it’s with that sense of care, and devotion she did whatever necessary to make life better for those she loved. She started a grocery store, a post office and daycare centre. Believing in the importance of education, she obtained a school bus to transport students to school in Lakefield. She also taught Sunday School, organized scouts, guides and baseball for young people. As a band elder, she helped revive Curve Lake’s PowWow ceremonies, offering classes in Ojibwa language so the people she loved could hold their culture closer to their hearts.

In 1953, Elsie became the first woman in Canada ever to be elected Band Chief and, in 1975 she was named one of Ontario’s ‘Outstanding Women.’

However, it’s the construction of a new church at Curve Lake that she considers her greatest accomplishment. People often say of her; “She did so many things.” And, indeed, this world is a better place because Elsie Knott walked upon it.