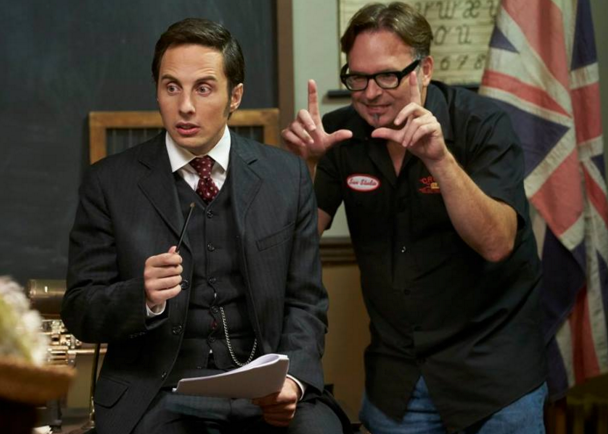 Cal Coons – writer, director and producer for network television, has worked in the Canadian film and television industry since the 1980’s. He is perhaps best known as the executive producer since 2011 for ‘The Listener,’ for CTV and FOX and since 2009 for ‘Murdoch Mysteries,’ the popular CITY-TV series now a top draw for CBC. Both shows are in current production, and he has written episodes for both series.

From 2001-2004, he wrote many episodes for Global’s ‘Blue Murder.’ He has written episodes for several other television series including ‘Remedy’ and ‘Republic of Doyle.’

Cal is also the guitarist for the Peterborough music group ‘Pop Machine.’ He is on the Wall of Fame of the Lakefield high school, and has been nominated more than 25 times for the Gemini award.