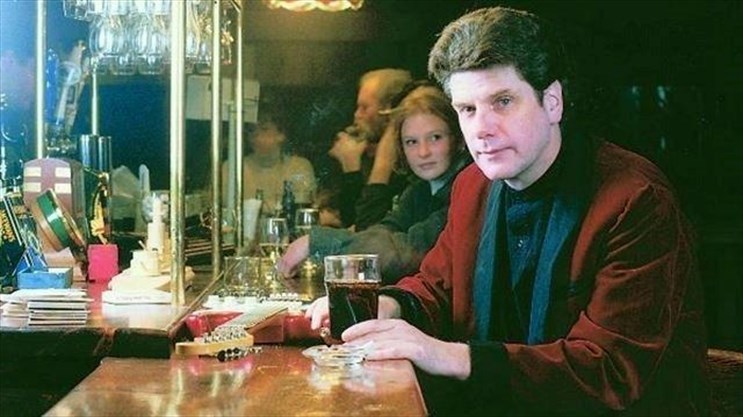 They called him ‘Mr. Soul!’ – and it could be argued the title not only reflected his lifelong admiration for James Brown, but also the guiding spirit that infused all of Brian ‘Buzz’ Thompson’s music.

‘Brian’ may have been on his birth certificate. But he was known to everyone, as ‘Buzz.’

There seems a proven path taken by those who’ve become part of Peterborough’s legendary Rock & Roll history. As a teen, Buzz joined a throng of unforgettable local groups, memory-evoking names such as The Gemtones, BJ & The Interns, Gary & The Goodtimes and Max Mouse & The Gorillas.

Then, in true Peterborough Rock & Roll fashion, Buzz did ‘post-graduate’ work as part of Ronnie Hawkins’ Hawks. Testament to Ronnie’s appreciation of Buzz’s artistry is the fact Buzz performed with The Hawks longer than any other musician. He also shared the stage with a remarkable array of talent, among them Kris Kristofferson, Jerry Lee Lewis, and Carl Perkins.

Buzz’s solo albums reflect his infectious energy and enthusiasm while demonstrating a sensitivity and romantic spirit that stops even the most casual listener in his, or her tracks. For over 40 years, Buzz was a valued part of the Peterborough music scene. He made us get up and dance and sit down and check our souls.

The hallmark of a true musician.

The Peterborough Examiner’s Centennial Edition listed Buzz Thompson as one of the ‘Performing Arts Top 100 of the Past 100 Years.’ At age 14, he was quoted as saying, “to entertain gives me the chance to let myself go,” and where his music has gone is straight to our hearts.