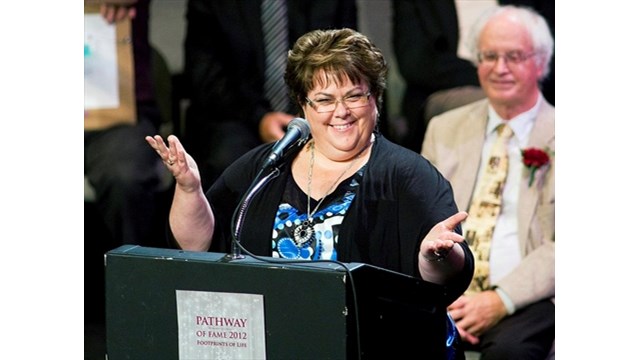 She received an Honours Degree in Music and Education from the University of Western Ontario. While at Western, she studied clarinet and singing, sang with the university choir, and served on the Student Council for the Faculty of Music.

Upon her return to Peterborough, she became a teacher of English and Music at Kenner Collegiate, her home school, taking the Kenner Band on ten musical excursions. Barn served as Director of Music at Grace United Church., and has served as vocalist with community bands such as A Little Bit Country, Montana Hearts and, for 15 years, Odyssey.

She has written and produced musical scripts for different charities, and composed songs and music for the Peterborough Children’s Chorus, for the 2011 Pedal for Hope campaign, the 2010 International Dragon Boat Festival, and the 2004 Year of the Veteran.

With great gifts, come great responsibility. Barb Monahan, indeed, thrilled countless Peterborough audiences with her fantastic voice while she was alive, providing a soundtrack to the community.