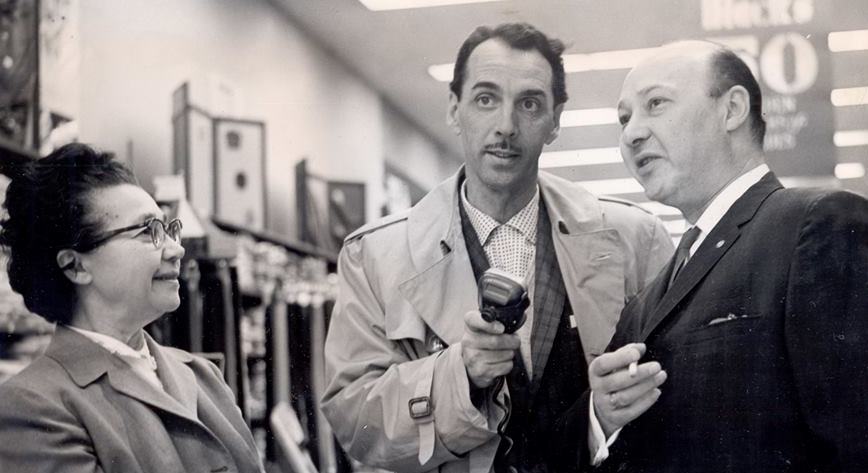 A 30 year broadcasting career made Del Crary a legend.

Actively involved in community service, especially the Easter Seals Campaign, Del was named Citizen of the Year. He would go on to help establish the Arts & Water Festival, the forerunner of today’s ‘MusicFEST’ held each summer in the park which now bears his name.