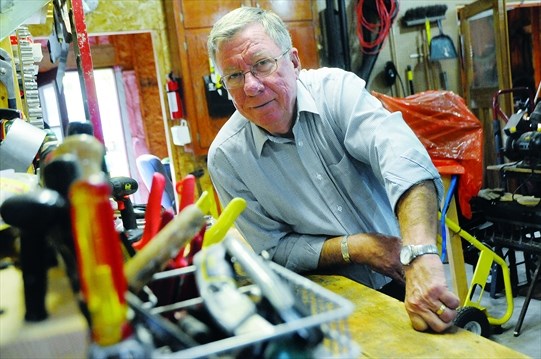 Paul Ayotte was a technical writer for General Electric of Canada, 1964-2002, but is best known for his remarkable contributions to municipal government. He represented Ashburnham ward, 1978-85, 1987-2003. He served as mayor of Peterborough from 2006 to 2010. During these years he served frequently on committees for finance, public transportation, council procedures and affordable housing.

After the Ides of July flood in 2004, he chaired the Peterborough Area Flood Relief Committee, and while mayor established and energized the Mayor’s Action Committee on Poverty (Peterborough’s first since 1875). During 28 years in public office he has been a tireless advocate for fighting poverty, building affordable housing and finding ways to help the disadvantaged. He then accepted the challenge of chairing the Peterborough United Way campaign for 2012.

His family has been in the area for eight generations, and he admired the community’s ability to meet challenges and to support those in need. He challenged people to give a “gift of hope.”

His amazing public career has always been about finding ways to lead, ways to better the community one person at a time.