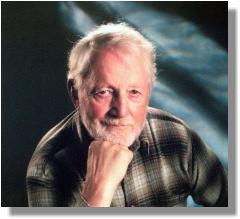 A recent Statistics Canada study lists the average yearly income for a freelance writer as $1,200. In such a tough, competitive world, the career of Munroe Scott stands as an enviably shining beacon.
Munroe’s fields of interest were diverse, and far-ranging. However, one abiding principle characterizes all his work: there’s always a story to be told, so tell it well.
Canadian history and culture was a lush field for Munroe to harvest. He penned documentaries for Crawley Films, and The National Film Board of Canada. He created several acclaimed series for CBC Television including “The Tenth Decade” which added much to our appreciation of Canadian history. “First Person Singular” – a story of Lester B. Pearson, and “One Canada – the life of John Diefenbaker.”
As well, Munroe was biographer of one of Canada’s most inspirational religious leaders, Doctor Robert McClure, and parliamentary sculptor, Eleanor Milne. Mr. Scott was a prodigious playwright, columnist, artist-in-residence and lecturer.
If one’s a truly successful writer, it’s important to learn no project is too daunting once you’ve discovered the essence of the story. Munroe Scott spent a lifetime mining for, and communicating the essence of what it is to be Canadian.
Munroe Scott died at his residence in Lindsay, Ontario in September, 2019. He was 92.