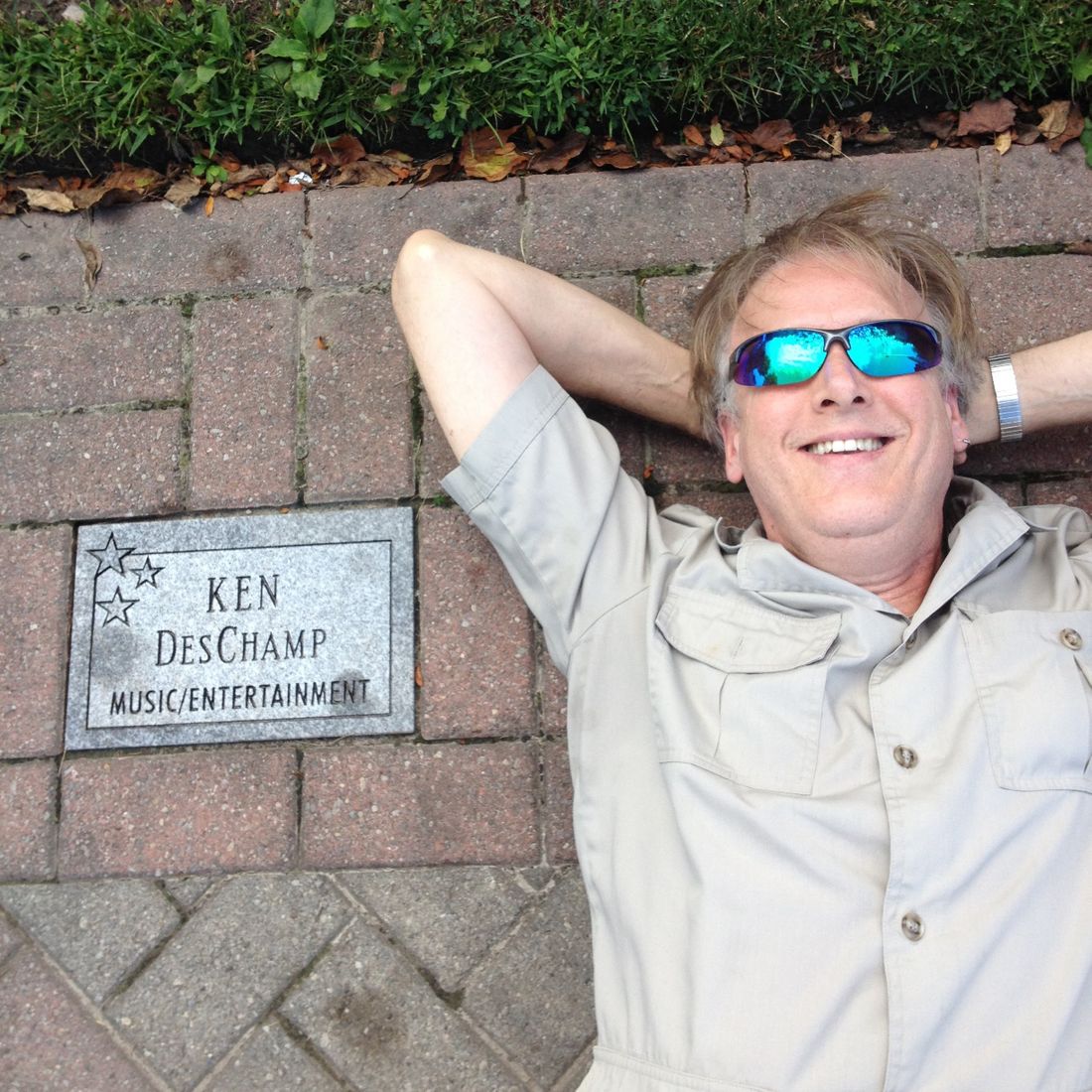 Ken DesChamp blended his passions for music and teaching to great effect.

He began playing the guitar at age 9, and as a teen performed at the Arts and Water Festival (the forerunner to Musicfest) and taught songs at a children’s day camp. He played bass for three years in ‘Jawbone,’ Jersey Joe Henderson’s band, and then with Barry Haggerty and Terry Finn formed the band, ‘Parnell,’ which played across Ontario and the Maritimes. They released three singles which garnered air time on Canadian radio.

Ken remained active in bands during his university years which led to a BA from Guelph and a B. Mus. (Hons.) from Queen’s. While a music teacher in Elliott Lake he participated in a long distance collaboration with St. Peter’s Secondary School in Peterborough; the students created a dance drama which played at the school and in the Sears Drama Festival, when DesChamp won an award for music composition.

He taught at Crestwood Secondary School from 1990 through 2014, and was Head of the Music Department for twenty years. During his years at Crestwood, he directed wood ensembles, concert bands, stage bands and choirs – and working with Rob Steinman produced several musical productions.

Since 1990, he continued to be highly regarded and active on Peterborough’s music scene. One observer noted that he had ‘the singing voice of an angel.’ In the 2013 Peterborough Wire Awards, for example, he was named Bassist of the Year and his band, ‘The Cadillacs,’ for which he was the vocalist and bassist, was considered the best cover band.

The Cadillacs still perform to this day.