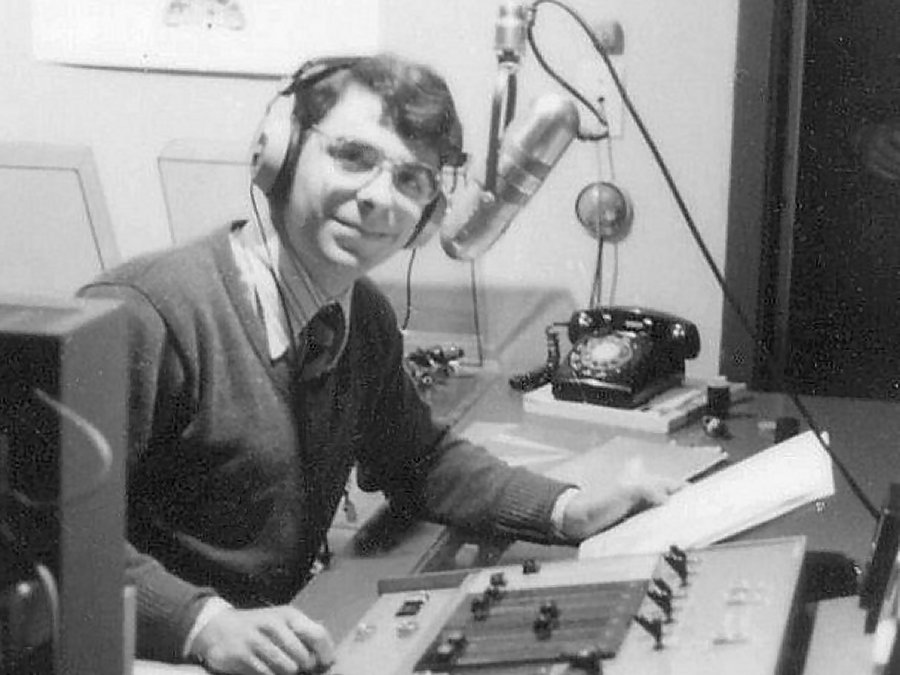 His, was a life devoted to the oral and aural tradition. If questions regarding sound arise, John K. Muir was the one to provide the definitive answer.

John Muir pursued a varied, and eclectic career as broadcaster, sound engineer, educator and administrator. John demonstrated proficiency in choral music, and is one of the few people in Peterborough to hold a certificate in campanology.

In the area of community service, John functioned in creative and administrative capacities with Artspace, The Kawartha Jazz Society, and Showplace Peterborough.

In the late ‘70’s, John was one of the founding directors of Trent Radio and, since 1994, served as its General Manager. Under his dedicated and energetic guidance, this student-sponsored radio facility became an influential and broad-based voice in the Peterborough community. His enduring legacy is tied to every program, every note of music, and every broadcast heard on what has evolved, truly, to a community radio station.