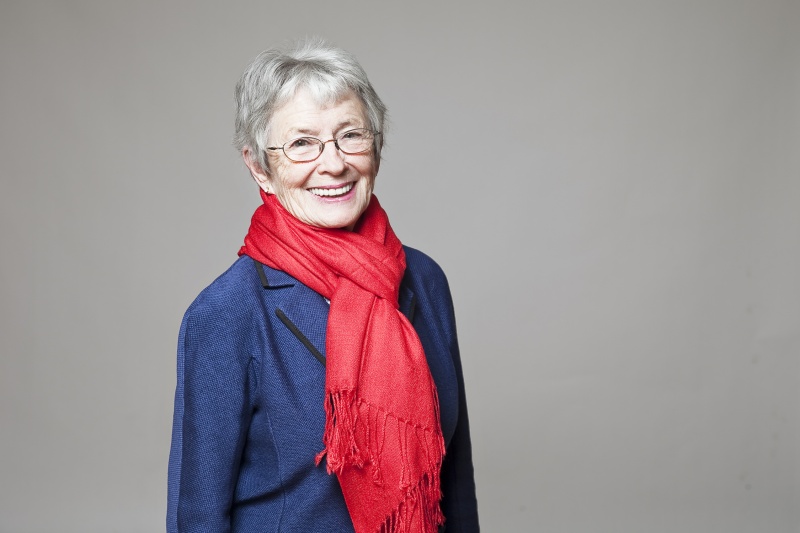 Never gave up volunteering. Never gave up giving of her time and expertise to causes she felt made the community a better place. Never gave up despite a sign hanging in her office which read “Stop me before I volunteer again!” There is no end to the many stories of Erica’s generosity that has left an indelible altruistic mark all over Peterborough and surroundings.

A contribution to Trent University was met with the University bestowing upon her an honourary degree for her good works.

In 2000 Erica Cherney was named Citizen of the Year, an honour among a multitude of other City, and Provincial awards.

The Erica Cherney Inspiration Fund was established by the CCRC in 2006 in recognition of her leadership and community service. Peterborough area people donated over $100,000 to the fund, inspired by Erica’s generosity and compassion. The immediate, as well as lasting result of these funds was support of practical, helpful services and solutions such as homeless prevention funds, art therapy programs for women who had experienced violence, counselling services and local community gardens.

Her provision of economical office space for charitable organizations trying to get started, helped many fledgling groups.

When Erica Cherney was named Vice-Chair of TV Ontario, a particular focus was brought to our City.

There is no doubt Peterborough and surrounding communities are much better places because of her vision, caring and involvement. Erica Chereny was one-of-a-kind, and we are the better for it.

Erica Cherney passed away on August 16th, 2016 at the age of 84. She was aware of her nomination to The Pathway of Fame, but passed away just prior to her formal induction.