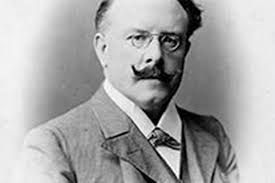 Appalled by the number of homeless children scavenging an existence on city streets, Thomas began feeding them, then came up with an idea of starting up homes for destitute and unwanted children. In these homes, the children could receive proper food, warm clothing and training in useful trades, thereby allowing them a chance to build a life for themselves as adults. Dr. Barnardo’s good works came to the attention of Peterborough’s George Cox. Cox offered Barnardo the choice of two city properties. Barnardo saw this as an opportunity to help children escape the degradation they suffered in England and find gainful employment in a young country; itself hungry for those who were willing to work. Thus the home called Hazelbrae was born.

Today the legacy of Barnardo Children and their descendants can be seen in the city, the country and families they’ve built. The legacy of Thomas Barnardo remains as meaningful today as it did then; what one person can accomplish when they have the courage to get involved.