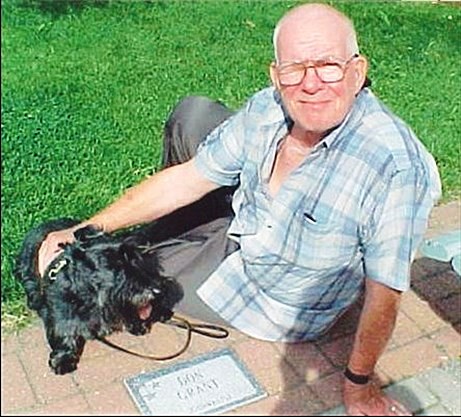 It’s a telling comment in today’s news-gathering industry that reputation is built on seeking out the flashy, big-event stories while glossing over essential human elements inherent in every story. In his long, and varied journalism career, Don Grant never bypassed the true meaning of each story and how it affected his readers.

Starting out as cub reporter at the Peterborough Examiner, Don’s determination came to the attention of then-editor Robertson Davies who expanded his duties. During his Examiner years, he covered every possible kind of story and learned to excel at the new craft of photo journalism. His talents led him to a job with the Toronto Telegram and an enviable reputation as a tenacious, much respected reporter. After the Telegram folded, Don went to The Globe & Mail, where he rose to a weekend editor position and then assistant city editor. On the way, he always took time to help younger journalists learn their craft and responsibilities.

Throughout his career, Don Grant thrived at technical aspects of reporting, but, more importantly, he never minimized the humanity in each story. He developed a true, and abiding love for people about, and for whom he wrote. In today’s journalism, that’s indeed a rare and treasured quality.