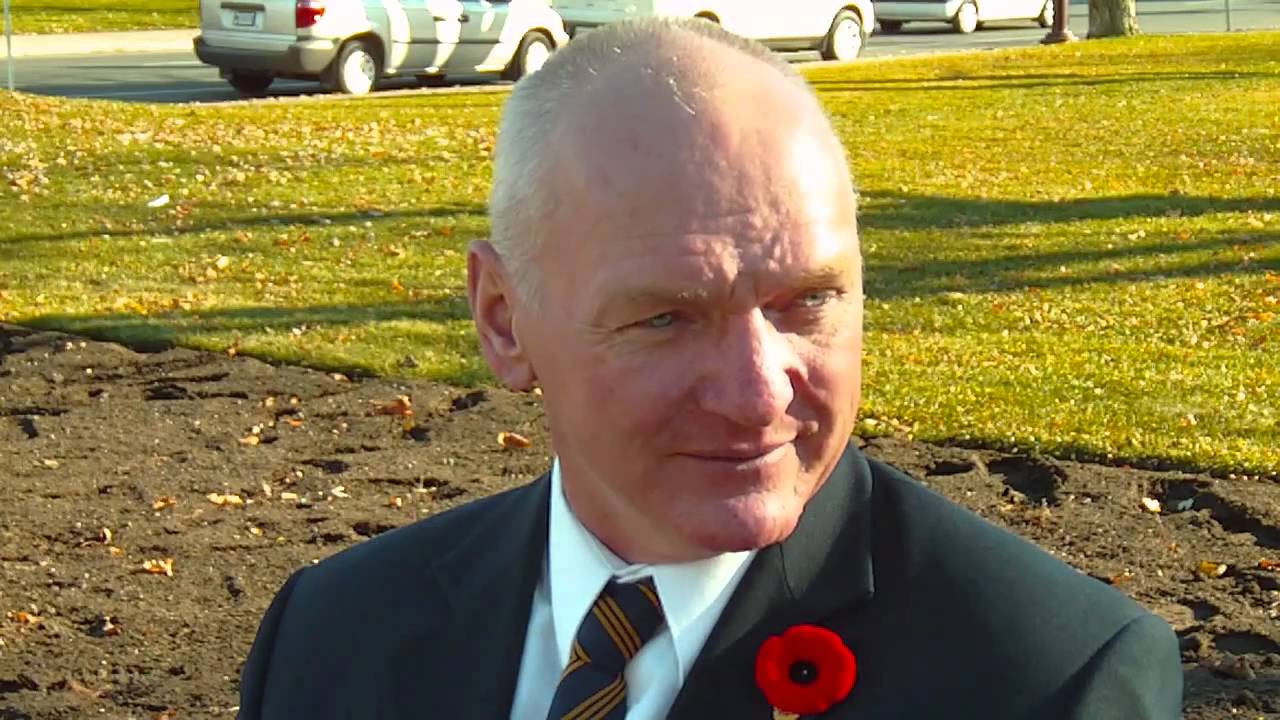 David Edgerton will always be associated with the long, and successful effort to build a Wall of Honour in Peterborough to commemorate those who served in the military during the two world wars, and Korea. This incredible project grew out of his association since 1970 with the Canadian Legion, of which he has been an outstanding leader since. The Wall of Honour project was led by David with assistance from the Canadian Legion,Trent Valley Archives, Susan Kyle, and various community leaders and departments of government.

The Wall of Honour was unveiled in Confederation Park in late 2010, and remains a tribute to all those with local roots who served in three wars.