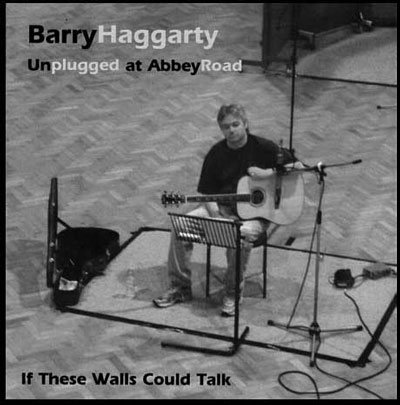 Barry Haggarty, a singer and an acclaimed guitar player, has played with Ronnie Hawkins, Bentwood Rocker and the Family Brown as well as with his own group. He has been a guest with Shania Twain, k.d. lang, and Ian Tyson.

Since 1991, he has operated his superb recording studio, Haggarty Sound Studio, in Peterborough, and recorded an incredible range of talented artists. A highlight for him was recording in the Abbey Road Studios, of Beatles fame, where he recorded some of his own songs, such as ‘Hockey Town,’ ‘If These Walls Could Talk,’ and an instrumental guitar pick. The sound in his own studio is equally good, and he has recorded over 100 CDs and albums for countless projects, and given opportunities for great talent to record in superior facilities.

His outstanding album ‘Old Days’ was performed with notable backup, and besides the title track included ‘Give Me a Break’ and ‘Doesn’t Mean a Thing.’