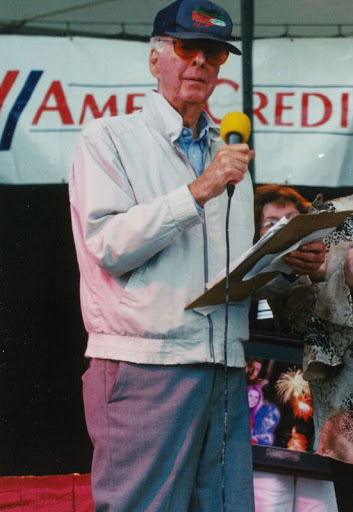 For close to 30 years, Fred Anderson worked tirelessly to make Peterborough and the Kawarthas one of Canada’s most vibrant music and tourism centres.

In the early 1970’s, recognizing the immense drawing power of Little Lake, Fred was instrumental, along with Del Crary in establishing The Arts & Water Festival. By 1987, Fred began devoting time and energy to the creation of The Peterborough Summer Festival of Lights, which has since evolved into MusicFest. Under his guidance, The Festival of Lights became a unique event in Canada, featuring some of the top names in Canadian Music, and North America’s first synchronized illuminated boat show.

The Festival attracts over 100,000 visitors, from around the world to Del Crary Park, making the festival the number one tourist draw in the Kawarthas. For his efforts, Fred Anderson was previously honoured with awards such as Peterborough’s Citizen of the Year, and Tourism Ambassador of Ontario.